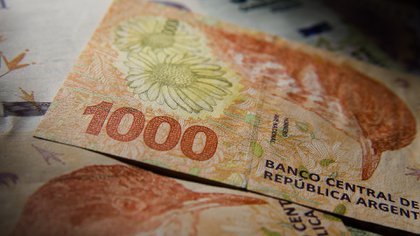 Given the closeness of the end of the year, at which time the demand for paper money shoots up seasonally for the payment of the half bonus and the increase in consumption associated with the festivities, The Central Bank decided to urgently import 170 million $ 1,000 banknotes from Spain, given that local production will not be enough to meet the needs of the financial system next month. This is the second import contract agreed in the year, after the manufacture of 400 million units of the same denomination was commissioned to the Brazilian Mint.

“The Central Bank commissioned the Mint to make banknotes to meet the special cash needs arising from the health crisis of covid-19,” confirmed Central Bank sources before the . query.

“Throughout the year there are two historical peaks in demand for tickets, in July and December. Once the maximum production level of Casa de Moneda was reached, it was decided to import banknotes from different sources ”, they added from the monetary authority.

Ticket availability reached critical levels this year. A combination of factors, including the fall in the purchasing power of existing issues due to the inflationary context, the government’s refusal to print a $ 5,000 bill to whitewash the advance in prices, the tendency of families and companies to Demand more cash during the days of preventive and compulsory social isolation in addition to the injection of considerable amounts of money to previously unbanked people who received extraordinary benefits such as the Emergency Family Income (IFE) meant that there was not enough paper money in circulation .

Such was the case that before the peak in the demand for cash in the middle of the year, with the arrival of the half bonus, the entity led by Miguel Pesce decide to circulate $ 100 bills that had been produced before 2015 and had never hit the streets. The emergency measure helped to cover part of the demand for cash triggered by the pandemic, but at the price of generating all kinds of logistical problems and extra expenses for the banks that were trying – as best they could – to keep the ATMs of all over the country stocked. country. 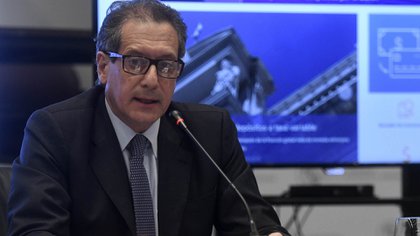 The president of the Central Bank, Miguel Pesce, commissioned the production of banknotes to Brazil and Spain

Using $ 100 bills instead of $ 500 or $ 1,000 emissions meant loading the automated terminals more times, more trips for the tipping trucks, more storage space under strictly regulated security standards, and all other extra costs.

In this context, the BCRA reacted by accelerating national production and seeking to close contracts abroad to add availability of banknotes before it is too late.

Throughout the year there are two historical peaks in demand for tickets, in July and December. Once the maximum production level of Casa de Moneda was reached, it was decided to import banknotes from different sources

As it transpired, the purchase from the Spanish Mint and Stamp was agreed at a price of USD 126.32 per thousand, that is to say slightly less than USD 21.5 million in total. The order was completed last July. And its price attracted attention compared to previous banknote import operations.

For example, the 400 million units of $ 1,000 bills ordered from the Brazilian Mint were agreed at a value of USD 20.6 million, according to data published last September by the specialized newspaper Valor Economico de São Paulo.

The cost paid for less than half of the units is practically the same. Freight costs play the difference, higher from Europe than from Brazil, but also very different prices between the two providers.

“The agreed prices respond to market values”, BCRA sources were limited to commenting.

IFE 4: what the director of the Anses said about a possible new payment of the $ 10,000 bond

State Coast Park ?: meeting between the Buenos Aires government and the company to define the future of the property

Lowering gap: buying dollars in the Stock Market now comes out the same as doing it in banks at the “solidarity” exchange rate