The CAS rules in favor of the FMF; endorses suspension of promotion and relegation in national football 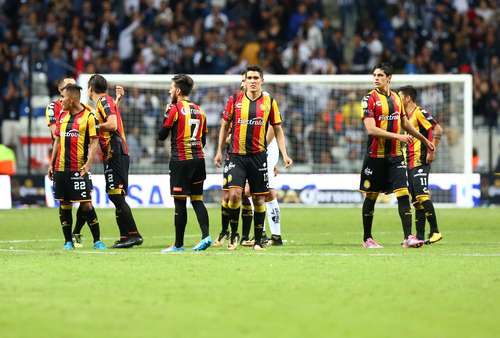 The controversy to restore the opportunity to jump to the First Division in national football was resolved, after the Court of Arbitration for Sport (TAS) ruled in favor of the Mexican Soccer Federation (FMF) by endorsing the suspension of promotion and relegation in the Liga Mx.

The Court of Arbitration for Sports has dismissed the complaint presented by the Universidad de Guadalajara, Venados de Mérida and CF Correcaminos clubs against the resolutions taken by the Mexican Soccer Federation, the governing body of tricolor football reported.

He assured that with this decision, the TAS recognizes that the actions of the Executive Committee and the FMF Assembly have been in accordance with the law in accordance with its statutes and respecting each and every one of the clubs.

The Federation approved in April suspending the promotion and descent for six seasons as a measure to alleviate the economic effects of the Covid-19 pandemic. In response, the Black Lions clubs of the UdG, Venados de Mérida and Correcaminos presented a controversy to reverse the decision, pointing out serious consequences in the finances and development of the now Expansión Mx.

Upon winning the resolution, the Federation itself cited the TAS in the sense that the suspension of the promotion and relegation of Mexican soccer was ratified in view of the economic situation prevailing in the industry of this sport.

The decision adopted on April 24 by the extraordinary assembly of the FMF in which the promotion and demotion system of the Mx and Ascenso Mx Leagues was temporarily suspended, due to the financial situation and economic conditions, including the Covid-19 pandemic , it should be maintained, he argued.

The TAS also ordered Leones Negros, Venados de Mérida and Correcaminos to settle the total of the procedural expenses originated by the interposed procedure, as well as to pay the Mexican Soccer Federation an economic amount to cover legal costs.

When the resolution was announced, the president of the Black Lions, Alberto Castellanos, said that they will analyze the continuity of the team in the Expansión Mx tournament, previously called Ascenso Mx and which was transformed to give youth players a blank.

“It is an issue that has to be assessed internally, the reason to continue in this category is to aspire to the highest circuit, the team has the conditions to reach the First Division, but staying so many years in the Expansion League would be very difficult.

We could take it as a formative topic, taking advantage of the support of the FMF, but as an attraction for the fans of the university, it seems to me an aspect to reflect and it is something that will be discussed, he pointed out in a conference.

He assured that the lawyers of the campus analyze the ruling of 40 sheets of the TAS, to see if there is any way to appeal, and recognized that each of the plaintiffs teams will have to pay 300 thousand pesos for the expenses of the trial.

We respect the decision, but we do not share it. We continue to believe that the competition system with promotion and relegation was the clearest, we hoped that soccer would win and it was not possible.

He affirmed that the UdeG team has not received the 20 million pesos promised by the FMF to each of the Expansión Mx campuses. This appeal was handed over to the other clubs, we had not requested it and I think that of the three applicants only Mérida had received up to a month. He revealed that to start the certification process, which guarantees having the mandatory characteristics in the First Division, the clubs must renounce the 20 million pesos granted by the FMF and wait for at least four schools to meet the requirements in three years.

If you enter the certification period, you stop receiving financial resources from the FMF. Start your process and after three years, when the promotion is restored, you must demonstrate that you comply with all the guidelines, as long as four teams are certified. If there are only three and you are a champion, you cannot get promoted and all the work done will be of no use.