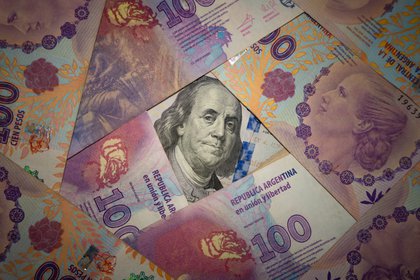 Although in his presidential campaign, Alberto Fernández criticized the “financial scam” of the government of Mauricio Macri, the urgent need to stabilize the exchange market is also giving investors a very good opportunity to achieve strong short-term profits. Although it is not an “exchange insurance”, the government pressure to maintain a stable dollar favors placements in pesos, offering strong returns for investors.

In the last three months there was actually a combined effect between the profit obtained from investments in pesos and at the same time the nominal fall of the dollar, which was gradually falling from the maximum of $ 190 to $ 140. And although it is true that nobody assures Whether the exchange rate will remain stable or with slight movements from now on, what is clear is that the Government has a great incentive to keep it as controlled as possible. A strong rise in the currency would generate more uncertainty and also greater inflationary pressure, just as the Government is trying to align the variables so that inflation begins to fall after the peak of 4% in December and January.

The current scheme is practically identical to the one that was in force between 2012 and 2015, in the second term of Cristina Kirchner. The current stocks hardened until reaching a situation very similar to that of that time, including a controlled dollar (although at that time much lower in real terms than the current one), while interest rates were located below inflation. The incentive to stay in pesos at that time was not given by the yields, which in fact were not that low, but by a certain degree of certainty that the rates would beat the exchange rate.

Now there is a similar scenario. The fixed-term rate is 38% per year, although annualized inflation runs at 55% and the market expects the year to end between 45% and 50%. However, it is a return that can be very attractive if the exchange rate falls or even if it remains relatively stable. Ultimately, what the investor favors is the gain in “hard currency” and does not evaluate whether or not it maintains purchasing power due to inflation. 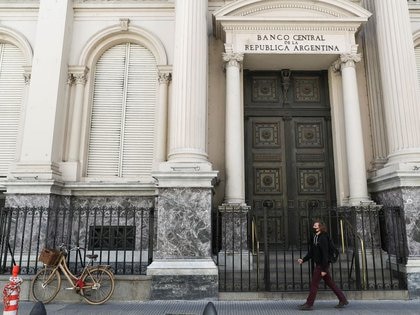 This behavior of switching to pesos to take advantage of the tranquility of the dollar gives rise to a “financial bicycle” that already existed many times in Argentina. In more sophisticated terms, it is the “carry trade” operation, which was criticized so much during Macri’s management, based on the high yields of the Lebac in pesos.

The problem with these schemes is always the same. The exchange rate begins to lag in the face of inflation that does not yield enough and at some point must be honest. It happened in January 2014, in the middle of Cristina’s stocks, and also in 2018 in the second part of the Cambiemos government. This dollarization ends up putting strong pressure on the exchange rate, there is a rise in the interest rate and there is also an impact on the levels of economic activity.

Precisely, the exchange stocks ensure that this dollarization process occurs in a smoother way and that there are significant obstacles to doing so, especially for companies, mutual funds and insurance companies. Institutional investors are thus “condemned” to remain in local currency.

In addition to the fixed terms in pesos, there are other “variants” that are gaining weight in the market, such as UVA-indexed deposits, which adjust for inflation plus a 1% annual rate. Banks do not advertise them but are obliged to offer them in the investment options menu. These placements are growing from the search for investors who seek to position themselves in pesos but also not lose track of inflation.

In the same way, in the local market they can also be invested in bonds issued by the Treasury and by companies. Some have a fixed rate, but they can also adjust by the evolution of the market interest rate (but today they are less sought after), by the evolution of inflation (CER) or by exchange rate. For less sophisticated investors, the best option is mutual funds that invest in fixed income in pesos, which offer all kinds of alternatives.

In recent months, investors who bet on options in pesos have gained 10% in hard currency per month or even more, from the fall in the exchange rate. Although there are no certainties, the Government’s objective is to keep the dollar stable, which would give even more air to this new financial bicycle

In recent times, those who dared to position themselves in pesos achieved returns of 10% per month in dollars or even more. But, of course, past gain is not synonymous with being able to repeat it in the future.

In general, stock companies recommend small and medium investors handled with caution. Basically because there is no certainty about the evolution of the financial exchange rate, basically the MEP dollar and the “cash with settlement”.

Both the Central Bank and ANSES were selling dollarized bonds to keep the exchange rate in check and they achieved their goal. Now both organizations would not be intervening, but the same behavior remained: bond parities are depressed although the exchange rate remains calm.

In the short term there do not seem to be great dangers about a change in this dynamic. In addition, in March the dollars of those who have to pay the wealth tax would be entering and that would generate more sale of dollarized bonds and therefore the dollar should not suffer major shocks. And later in the calendar, the inflow of harvest dollars is also expected, which would also help keep the currency at bay, favoring local currency options.

Why dollar bonds fell 30% since the exchange and shot the country risk to more than 1,500 points The wealth tax, on the cover of the Washington Post: strong criticism of the law and how it was implemented in Argentina In 2020, sales in supermarkets they grew less than 1% and those of shopping malls fell by 61%