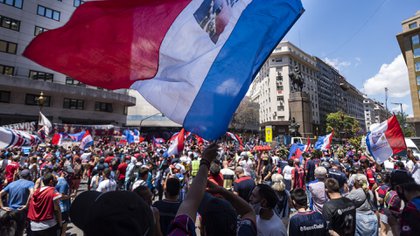 The Porteña Legislature took a transcendent step for the dream of San Lorenzo to have their stadium in Boedo again: with 57 votes in favor and one abstention, approved in first reading the Rezoning Law of the property of Avenida La Plata 1700, where the Old Gasometer and that the club recovered. CASLA needs the area, which today has category E, to take category U, which allows the construction of a new temple in the heart of Barça sentiment.

A crowd of fans mobilized to the door of the Legislature and euphorically celebrated the approval. What will be the steps to follow? After approval in first reading, a public hearing will be held on a date to be determined, which is not binding, but is mandatory. And there will be more instances of participation until the second reading, which is projected for February or March. There, yes, the Cyclone would be able to place the first brick of his new home and in the neighborhood of his heart.

“I am very excited, this is a historic feat. Today an act of justice is consummated after a vile dispossession “said President Marcelo Tinelli after the vote. “When we said that we wanted to return to Boedo, they linked football with violence. And there is no reason to do it. The San Lorenzo family has values, it seeks to help the entire community. The clubs in Argentina have an irreplaceable social work ”, he added.

“This is giving back the surname to the neighborhood. Several of the legislators said so in speeches. Núñez is River, La Boca is Boca, Caballito is Ferro. And Boedo is San Lorenzo “, he stressed. When could the stadium be ready? “Once the Law is approved in second reading and the plans are approved, we estimate that in two and a half years, three stages, we can have it ready”, he detailed.

On October 30, the Law presented by San Lorenzo and promoted by the deputy Manuel Socías (from the Front of All) had already been debated in Urban Planning Commission, With the presence of Tinelli and the secretary Miguel Mastrosimone.

The Cyclone’s path back to its home began on December 2, 1979, the day the Cuervos equaled 0-0 against Boca and the Gasometer opened its doors for the last time. Since then, beyond the glory reaped in Bajo Flores (where San Lorenzo won the Copa Libertadores for the first time in its history), the fans mobilized to return home, starring in a commendable fight, an ode to identity. In 2008, through the Historical Repair Law, the institution recovered 4,500 square meters. There, testimony of that first great triumph, the Roberto Pando sports center was built, the gymnasium where the basketball team officiates at home. But the work, silent, passionate, continued, with the acquisition of properties near the headquarters and the biggest dream: the search for the restitution of the property that the hypermarket occupied.

The Historical Restitution Law was promoted by the Fan Subcommittee, with Adolfo Res at the head, and its tenacity grew with the marches. On March 8, 2012, 110,000 Cuervos gathered in Plaza de Mayo to claim their lands. The management led by Matías Lammens and Marcelo Tinelli got the decisive push: on November 15, 2012 the Law came out. The club paid in installments the repurchase of the land with the efforts of members and fans, who raised 110 million pesos acquiring square meters, to support the institution in the feat.

And on Monday 1 ° 2019, the club, its members and their supporters took formal possession of the land on Avenida La Plata, turnkey. They did it with a moving mobilization and party. Of course, as their references repeat at each step, the return is “with stadium.” And that’s where they go.

In March 2019, the first draft of the Rezoning Law had been presented, which was promoted by legislator Leandro Santoro, but did not prosper. After winning the club elections in December, Marcelo Tinelli had planned to travel to China in search of capital (he had even invited Matías Lammens, former head of the club and today Minister of Tourism and Sports of the Nation), but the advent of the pandemic slowed down the management; Besides, there were different contacts with a company that assisted in the viability of the project. 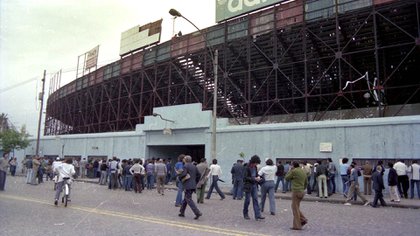 The Old Gasometer on Avenida La Plata opened its doors for the last time on December 2, 1979

Already in February, the Cyclone hired the Spanish company IDOM to design the masterplan for the return to Boedo, which will include a sustainable stadium, aligned with the maximum parameters of FIFA, and the measurement of the positive impact of its articulation with the neighborhood in educational, social, cultural and commercial terms. IDOM, based in Bilbao, She was in charge of the construction of the new San Mamés (completed in 2015) and is in charge of the repairs at the Camp Nou in Barcelona.

The search to get along with the neighborhood and its inhabitants is not random. The club is aiming for a project that includes neighbors, whether or not they are fans of the institution. Therefore, he opened a virtual communication channel which he baptized “San Lorenzo listens to you”, through which he collected suggestions and doubts. In addition, it hired the international firm GEHL, based in Denmark, to coordinate 3,355 surveys, 23 meetings via Zoom with the participation of 1,000 people, meetings with representatives of the real estate and commercial sector, and contact with neighbors through the networks social and phone calls.

And in the Legislature the club took another important step. San Lorenzo’s dream of having his home in Boedo seems closer and closer. 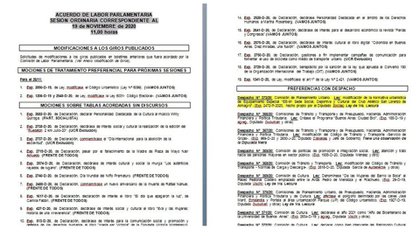 Treatment of the Law on the Legislature’s Agenda

New discovery in the works of the Monumental stadium: they found an old tunnel of more than 40 years without use