Recently, a Japanese oil company that was operating on the bottom of the Pacific Ocean, found something totally unexpected: plutonium, plutonium from outside the Solar System. A plutonium that can help us better understand how this radioactive material is formed and what its origin is.

The remains of plutonium found by the Japanese company were handed over to a group of scientists which now, finally after analyzing it, have published their results in the journal Science. The conclusion? It is not plutonium from this planet, it is a much “younger” one that probably comes from outer space. Anyway, you do not have to panic, there are minute amounts and not at all as radioactive as other places on the planet.

According to the research, the plutonium found is approximately 10 million years old. While it is outrageous and much more than what humanity carries on planet Earth, it is still really young compared to the rest of the plutonium we have. 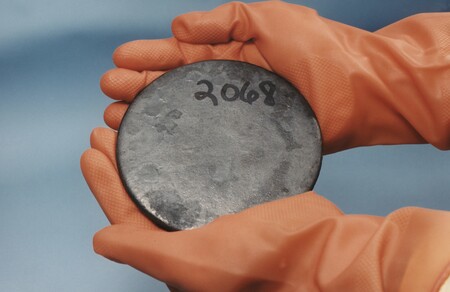 It is for this reason that researchers believe it formed somewhere else in space and somehow ended up on Earth. Ending on Earth is not the great mystery, after all it could have arrived in a meteorite or any object that has ended up impacting the Earth and sunk in the Pacific Ocean. The great mystery is what came to form this plutonium.

After resting for millions of years on the ocean floor, it is now finally possible to analyze it in detail. The cosmic origins of elements like plutonium, gold, and platinum are still not entirely clear. This plutonium for example it could come from a huge supernova, neutron star merger, or any other event especially powerful cosmic.

Understanding and studying this plutonium can help understand how the Universe has created other elements such as uranium, gold or platinum. Powerful stars out there are causing us to (literally) rain on plutonium, gold, uranium and other elements from the periodic table.