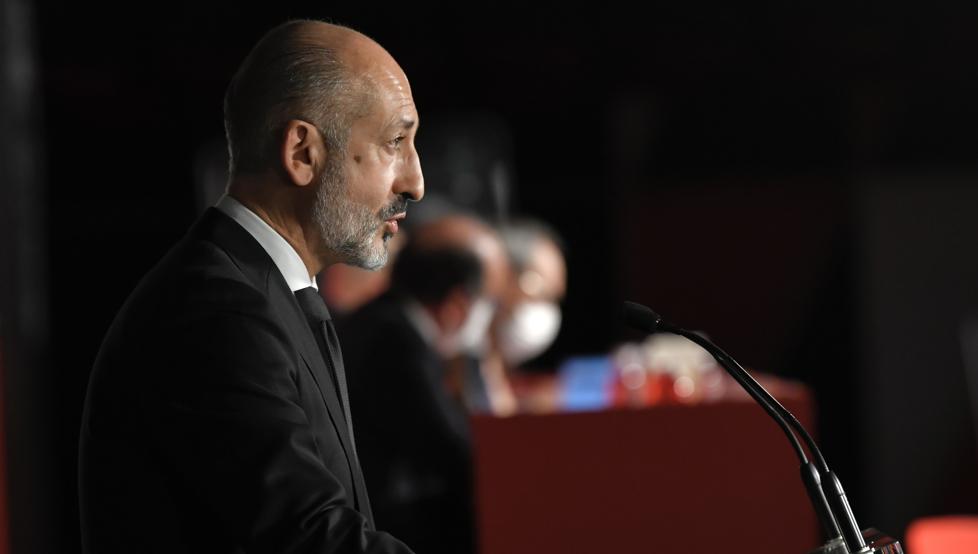 Aitor
Elizegi and its management have carried out their accounts on the second attempt. The Assembly of delegates has voted affirmatively the numbers of the past season and the budget of the current one. However, the partners have said ‘no’ to the management of the Board in the past year, the first item on the agenda.

Unlike what happened in the previous meeting, held on December 27 of last year, when the representatives of the social mass rejected the proposals (277 votes in favor and 439 against the accounts for the 2019-20 academic year and 256 votes positive and 454 negative to the 2020-21 budget), on this occasion the board of directors has managed to move them forward.

The results are as follows: last season’s management was rejected with 433 votes against and 285 votes in favor. The delegates have approved the accounts with 422 affirmative and 303 negative votes and the budgets for this campaign for a tighter result: 395 compared to 327. The maximum attendance of the morning of San Mamés has been 771 delegates.

In this affirmative vote, surely the new proposal of the board of directors to not collect the membership fees corresponding to 2021 has had weight. In this way, the club has backtracked with respect to its controversial attempt to collect a small percentage of the subscription to contribute to maintaining all activities “not linked to professional football”. This measure, which is based on the hypothesis that from the start of the 21-22 season the public can attend stadiums, adds 7.4 million deficit to the accounts previously rejected.

Some of the delegates who have participated with their interventions have also highlighted the fact that in this conclave, also carried out electronically, the points referring to management and accounts in the preceding year have been separated on the agenda. The salary reduction of the players, for the second time since the beginning of the health crisis, and the good sporting progress after the arrival of Marcelino they will also have had their influence.

In this way, with this ‘yes’ Athletic avoids an unprecedented situation, since never before had any president had his accounts rejected twice.

1º Approval, where appropriate, of the management of the Board of Directors in the previous financial year:

2nd Approval, if applicable, of the accounts for the previous financial year:

3º Approval, where appropriate, of the budget for the following financial year: