Windows 11 wants to arrive by the big door, to take over from Windows 10 and be the alternative of reference by Microsoft at the operating system level. In addition to coming with a great change in design, one of the great surprises of the event has been the announcement of the arrival of Android apps on Windows.

Google operating system applications will be integrated into both Microsoft Store and Windows 11 itself, running in an adapted vertical interface or in full screen. 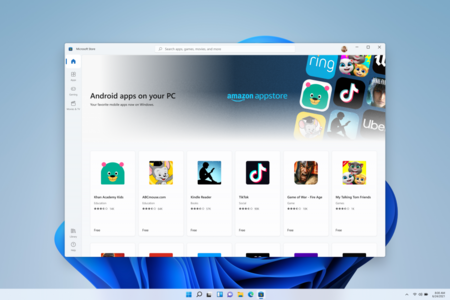 Microsoft has announced the integration of Android applications in the Microsoft app store, as well as in the operating system itself. We can search for these apps such as TikTok, games developed for Android and others within the Microsoft Store itself.

“Starting later this year, people will be able to discover Android apps in the Microsoft Store and download them through the Amazon Appstore – imagine recording and posting a TikTok video right from your PC.”

What they have detailed is the system-level integration of these Android apps. They will run, like any other program, in windows, being able to work simultaneously with other programs of the operating system. Also, these apps can be pinned to the taskbar since, for practical purposes, they are still system programs. 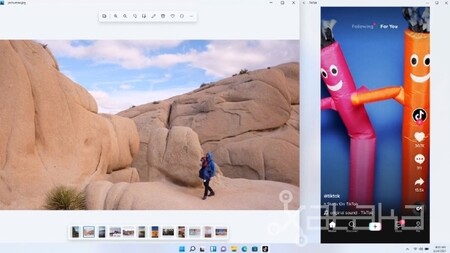 TikTok for Android running alongside the Windows 11 gallery.

On paper, there will be no limitations with these apps, since they will run with a mobile interface within Windows 11. This means that, a priori, there will be no problems to publish a video on a social network (as long as we have the necessary hardware) and that, at the level of functions, they should be the same ones that we find in Android.