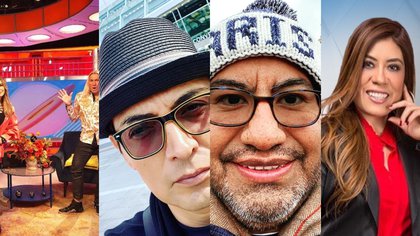 Journalists from digital platforms such as YouTube denounced the abuses they suffer at the hands of their colleagues the press on the television stations, specifically Gustavo Adolfo Infante and Pati Chapoy.

And is that reporters Elisa Beristain, Javier Ceriani, Jorge Carbajal, Angélica Palacios and “Filip” made known various grievances to which they have been subjected by the media and journalists such as Gustavo Adolfo Infante Y Pati chapoy, who would have disputed certain information as their own despite the fact that the media on YouTube were the ones who claimed to have the content first.

It was through a live transmission through the platforms “Productora 69”, “Chisme No Like” and the channels “Angélica Palacios Real” and “Let it be Here!”, That the aforementioned journalists denounced the abuses to which they they have to submit, such as legal processes and investigations from the content platforms in which they work and that are not monetized, which causes them problems to find financing with the fruits of their labor. 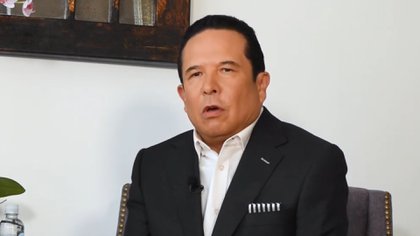 In that broadcast, they denounced attacks by journalists belonging to television stations such as Grupo Imagen Televisión, specifically Gustavo Adolfo Infante, who participates with the De Primera Mano and TV Azteca programs, with Pati Chapoy from the Ventaneando program. of which they have received various attacks and even adjectives that threaten their physicality and sexuality and that could be classified as discriminatory.

For this reason, the journalists of these platforms raised their voices and said that on occasions television stations have made complaints or claimed material that they take from their work in order to mark it as their own and then they claim that content from the original creators, so their videos end up being demonetized and they lose their income temporarily as investigations are carried out.

Likewise, Angélica Palacios denounced that her channel was blocked by a request from a television station team and that she had to open another channel in order to report the act, which made him lose the monetization of his past content until both were reactivated.

As an example, journalists showed the content of a publication made by Laura Flores, the producer of the De Primera Mano program, in which she accused Angélica Palacios of making a broadcast in which he uses content that supposedly comes from that program and in which he claimed that they claimed the content. 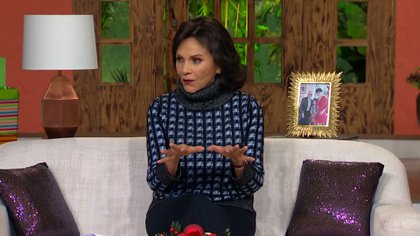 This is what the journalists of the virtual platforms said with statements, specifically Angélica Palacios:

She (Laura Flores) publicly noted that she was the one who censored my channel so that it had no followers, and you know that I am very sensitive and discreet with the information. And today I tell the public that we are partners, that if today I receive the invitation of Elisa Beristain, Javier Ceriani, the support of Jorgito and Filip, it is because today we are setting the tone on YouTube in the genre of Shows

Angélica Palacios denounced and said that she had never appropriated said content and that he had not put a mark on that material, to later refer to what the media have used, without giving credits, the content of them to make material for their programs:

You, Elisa, mainly you, you have to know how many times they have used Jorgito’s comments as a reference or Ceriani’s investigations, to fill in their television programs. And now she says that we are the ones who are penalized because she is backed by a brand called ‘Grupo Imagen’. In Mexico, there is respect for the amount of content

Javier Ceriani denounced that on November 19, 2020, that Pati Chapoy gave a retweet to information related to the case of Eleazar “N”, specifically reporting her alleged freedom, however this was only a rumor that spread the cousin of the actor and did not materialize. Chapoy tagged this tweet with the phrase “False, not true.” This is what Ceriani said:

It caught my attention, because she never does that kind of thing, her entourage does it. But she herself taking care of that, and how good that she is following us and that she checks the information 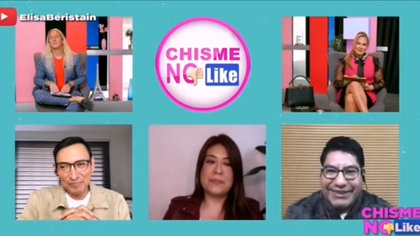 The journalists spoke about the various attacks they have suffered in recent weeks (Photo: Youtube @Chisme No Like)

Elisa Beristain recalled the stage in which Chapoy had problems with Televisa due to the content, where an arrest warrant was ordered against him and he had the support of Benjamín Salinas Pliego to escape from said order until an amparo was obtained. Subsequently, that claim succeeded in adjusting the legislation for the use of crestomaties and media content for educational purposes for a limited time. The journalist also denounced that in one of Gustavo Adolfo Infante’s videos, he called them “thieves” and began to verbally attack them.

The journalist Jorge Carbajal, denounced that one of the reporters who sent a news event had captured content along with other media, However, one of the colleagues who belongs to a large television station asked him to please lend him the content because he had not had time to capture it, which the reporter from “Productora 69” accepted in good faith.

Subsequently, the television station to which the reporter who requested the favor belonged marked the content as its own and therefore TV Azteca denounced the copyright to the true owner, “Productora 69”, so their channel was blocked and they could not monetize their content. The confusion was later cleared up, but not before there were confrontations between the legal team of both parties. 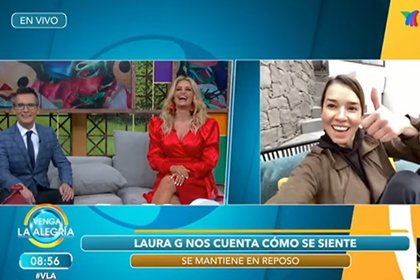 TV Azteca denounced the copyright to the true owner for the contents of Venga La Alegría (Photo: Screenshot)

According to Jorge, this escalated so much that it reached the legal level of Televisión Azteca “and therefore, hours after I made it public, they removed the claim and YouTube returned everything that was mine”. The journalist assured that this has come very far and that in the end we all share the truth: “Look, it doesn’t matter if in the end we have to borrow material, nothing happens if I comment on a material by you, by Angélica, by Venga La Alegría. I think that before television was about that ”, he concluded.

“Comedy has given me very beautiful moments”: Michelle Rodríguez spoke about the new season of “40 and 20”

He forced her to lose 7 kilos in a week and did not pay her diet: Elena Lizárraga also told her truth about Lupita Jones

Another Mexican in the Marvel Universe ?: Tenoch Huerta is in talks to be the villain of the new installment of “Black Panther”