Home>Tech>the bad guys will have it more difficult after committing a wrongdoing, and the forensics, easier

The existence of crimes that have not been able to be solved by the security forces puts on the table how difficult it is to close some cases. Science is a very valuable resource which can help researchers extract evidence from seemingly nothing scenarios. But sometimes even with the most advanced scientific techniques it is not possible to find the solution.

Fortunately, this scenario could change. And it is that science continues to advance, so much so that it is about to make it even more difficult for criminals. A group of researchers from the Queen Mary University of London has successfully recovered animal DNA for the first time straight out of the air. And this milestone is a game changer. Maybe even forever.

This technology has forensic, health and ecological applications

All living beings, both plants and animals, inevitably leave traces of our DNA in the environment as a result of our interaction with it. Until now, technology allowed us to recover it as long as it had been deposited on a surface in a sufficiently short period of time so that its degradation had not started.

These researchers have recovered the DNA molecules that remain suspended in the air for a certain time after the interaction between a living being and the environment has occurred.

What these researchers have achieved is to recover the DNA molecules that remain suspended in the air for a certain time after the interaction between a living being and the environment has occurred. This is why scientists call this resource Environmental DNA.

For several years, ecologists have used this genetic material to analyze the relationship that exists between some organisms and the aquatic ecosystems in which they live, but the possibility of recovering it not only from water, but also from air, puts in our hands a very powerful tool that can have very powerful applications in very diverse fields.

During their experiment, the researchers brought into a room a cage with several naked mole rats, a small rodent that has very peculiar physical characteristics. And then they took several air samples to see if their analysis technique was sensitive enough to allow them to identify the DNA molecules coming from the body of these small animals.

And they were successful. But they not only managed to recover the genetic material of the rodents and correctly identify their species; too recovered human DNA. Your own DNA. This finding shows the power of a technique that can have a disruptive impact in very different usage scenarios. 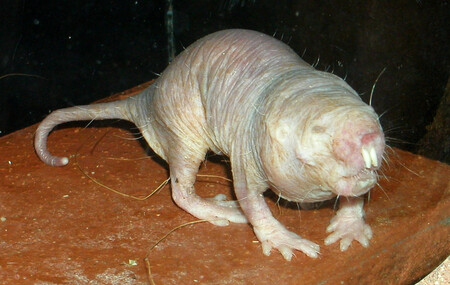 The naked mole rats (Heterocephalus glaber) used by these scientists in their experiment have a very peculiar quality that goes beyond their physical characteristics, and that has caused scientists to notice them: their body is very resistant to cancer.

Dr Elizabeth Clare, Professor at Queen Mary University of London and head of the study, assures that “we have provided the first evidence that shows that environmental DNA of animal origin can be recovered from the air, which offers us the opportunity to study animal communities that live in difficult-to-access environments, such as caves or burrows.”

In addition, this scientist points out that the technique they have developed can also be a very useful tool in forensic investigation, anthropology and medicine. In this last area, he indicates that this innovation can help us better understand the transmission of some pathogens that spread through the air, such as the SARS-CoV-2 virus responsible for COVID-19 disease.