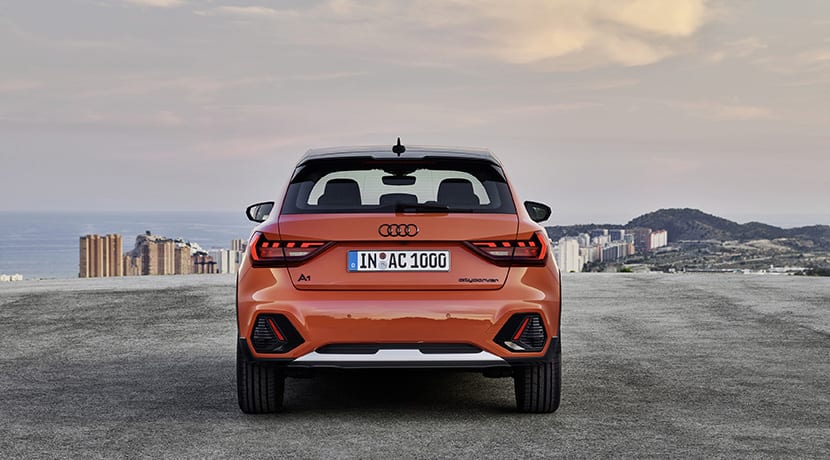 The Audi A1 was the model that finally recognized the value of the Bavarian firm in segment B. With the A2, things did not go as they expected, mainly because its concept and technical level were very advanced for the mentality of that time. However, with the “posh” cousin of the Volkswagen Polo, Seat Ibiza and Skoda Fabia they made up for it at will. Until the second generation arrived, right at the height of SUV fashion.

As you can get an idea, the sales of the current iteration of the Audi A1 have not been, by far, those that reached its predecessor. To solve this, in part, they decided to put on the market a version with crossover tints. Is named A1 Citycarver but the public has not “bought” that of having to pay significantly more money to show off four exclusive decorations and greater ground clearance. Therefore What’s left for the A1? Easy, resurrect which Phoenix Bird …

The replacement for the Audi A1 could be, once again, the “posh” cousin of the new Volkswagen ID.1 What is not a bad idea …?

For some time it had been rumored that the Volkswagen Group was working on a series of urban electric. Well, if we spin this rumor (already confirmed) with the last interview that Audi CEO Markus Duesmann has offered to Automotive News we already know what will happen to the A1. According to his words, the history of this urban will come to an end when the current iteration dies, although there is a trick.

The exact date would depend on the ability, or not, of the firm to comply with the Euro 7 emission standard. Apparently, Duesmann, would have hinted that his end would take place in February next year. That is, it would not cover the full cycle that has been common for urban areas. However, if they are able to adapt their mechanics to comply with these regulations, their commercial life could extend for a few more months.

However, you should not be sad, because everything indicates that the Audi A1 will take over. In fact, we have hinted a little higher, suggesting that it would be a “posh” version of the Volkswagen ID.1. This option has all the logic, and more when they have had to spend billions of euros to shape this project. If so, the option of access to the range of the signature of the four rings, with internal combustion engine, will be the Q2.

We will have to wait for a “unofficial” official press release, although it seems that all is said for the small Audi A1. A pity that SUVs and electrification are loading the little joy and differentiation that exist in an increasingly standardized sector. And that the «flirtatious» A1 is nothing more than «a re-bodied Polo and with airships»