President Andrés Manuel López Obrador announced the upcoming signing of an agreement with Telethon and called on Mexicans to participate in the fundraising event that takes place this Saturday and Sunday, with the aim that more children with disabilities receive physical therapy at said institution.

Through a video message recorded in the National Palace and which was broadcast during the 2020 Telethon broadcast, the president said: “Friends, friends, I respectfully call on you to participate in the Telethon on Saturday and Sunday. It is a very noble, very humane task, helping people with disabilities. We are doing it from the government. I am very proud because a million girls and boys with different abilities are being supported, they are being supported with a pension, but that is not enough ”, he acknowledged.

That is why, he said, “rehabilitation is very important because sometimes we talk about minor disabilities that go unattended and turn into serious disabilities. And they are not treated because there are no economic possibilities, there is nowhere to receive therapy. And that is the function of the Telethon Rehabilitation Centers that exist throughout the country ”. 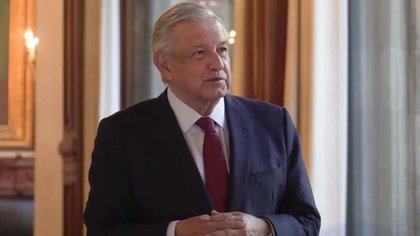 In the clip, López Obrador announced the signing of an agreement with this foundation “So that in addition to the pension that is given, we can also guarantee that many children can receive therapies at the Telethon Centers, It will be an exception because we have decided, since we came to the government, not to triangulate support, not to provide support to the entity that needs it through intermediaries“, said.

Clarified that “In the case of Teletón it will be an exception, because we are going to establish communication, we have already advanced a collaboration agreement so that more children are received at the Teletón Centers and that they can be treated with rehabilitation therapy”, ad.

He assured that there is confidence in the directors “especially in the president of Teletón (Fernando Landeros Verdugo) who is a man full of goodness with a social dimension,” he said.

He stressed that in addition, in this foundation there are all the facilities “and we believe that they can be more used if they do not lack support,” he said.

The president ended his message by clarifying that this support is not only a matter for the government or the directors of Telethon “it is everyone’s business, we have to be very human, very fraternal and that we can put the principle of love into practice to others and that is what it essentially means to help those who need it ”, he concluded.

Not only financial support: CNDH requests policies that promote the rights of people with disabilities

Specialists detected risk of corruption in social programs in Q4

60% of the poor do not meet the requirements to be beneficiaries of AMLO’s social programs: Oxfam