Stellantis, with its plants in Vigo, Zaragoza and Madrid, is one of the automotive consortiums that is most committed to the production of cars in Spain. Opel, the only German brand in the group, tells us about the main benefits of making cars here.

Mercedes, Ford, Volkswagen, Renault, SEAT, Audi, Nissan … Many are the brands that choose our country to establish their car factories and export from here to much of the world models such as the V-Class, Kuga, Mondeo, Polo, T -Cross, Kadjar, Megane, Ibiza, León, A1, etc. However, there is a group that stands out above the rest both in terms of the production of cars and components in Spanish territory, and it is none other than the French PSA -now sheltered under the umbrella of the giant Stellantis.- Between Citroën, Peugeot and Opel There are more than a dozen models made in Spain, some of them exclusively, such as the Corsa and Corsa-e that leave the Figueruelas plant. The coronavirus ensured that 2020 was not a very favorable year in terms of economy, but in 2019 the three factories that PSA has in Spain exceeded 929,000 assembled units. What then are the advantages of manufacturing cars in Spain?

Experience and quality prevail in the manufacture of cars in Spain 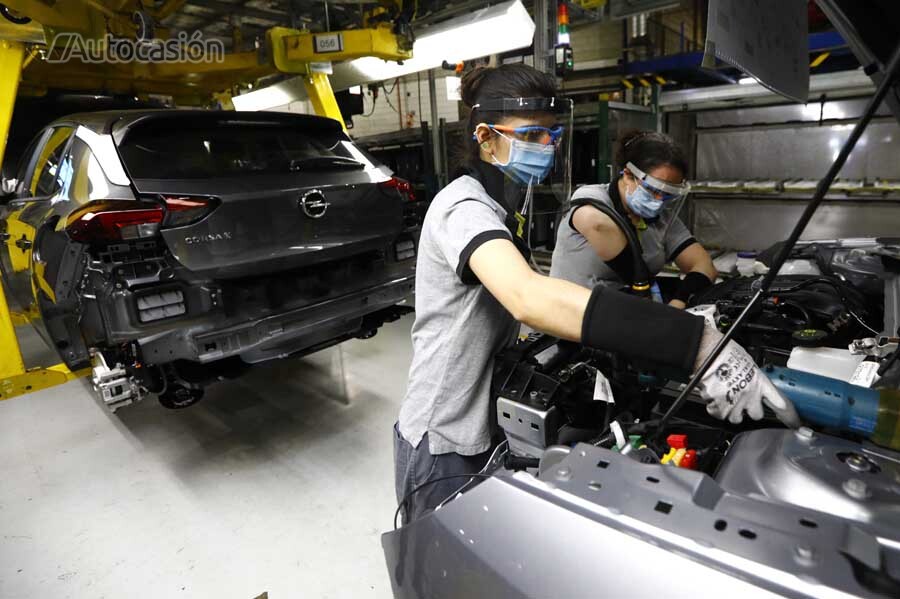 The director of Opel for Spain and Portugal, Pedro Lazarino, assures that factors such as quality standards and strategic situation (southern gate of Europe, peninsula surrounded by ports …) make Spain a very favorable place for the automobile industry. In fact, this last point is key: 94% of PSA Zaragoza’s production is exported, with Germany and the United Kingdom being the main destination countries. Experience also plays an important role, since, for example, the Corsa and Combo (two of the brand’s most resounding current successes) have been made in Spain models for decades. Another of his best sellers, the Crossland, has had a Spanish cradle since its birth.

By making good cars efficiently the concept of sustainability has been added in recent times. Now we have to build electrified cars that help reduce emissions and we also have to do it through ecological chains. To this end, the Vigo and Zaragoza factories have implemented battery workshops that speed up the assembly of electrical ones, as well as new photovoltaic plants that allow the industrial process to be carried out avoiding the emission of thousands of tons of CO2 per year.