The German firm officially unveiled the new generation of the Porsche 911 GT3 yesterday, revealing far superior performance than its predecessor and a surprisingly faster Nürburgring time. New statements have revealed that the new GT3 is even faster than what the brand originally stated.

Although it may seem absurd, the truth is that the Porsche 911 GT3 2022 is somewhat faster than what the German manufacturer revealed during its official presentation and this is not due to an error by the brand’s communication department, but to a quirk of recent lap times measured on the Nordschleife track from the Nürburgring complex.

Yesterday, the Stuttgart firm announced that the new 510 hp Porsche 911 GT3 is capable of accelerating from 0 to 100 km / h in just 3.4 seconds when you mount the PDK dual-clutch automatic transmission. A quite spectacular figure and that improves the brand of its predecessor, but which remains a mere anecdote when we look at the new time of the model on the complicated Nordschleife track of the German circuit. A chrono that destroys the record of the previous 500 hp GT3 version. 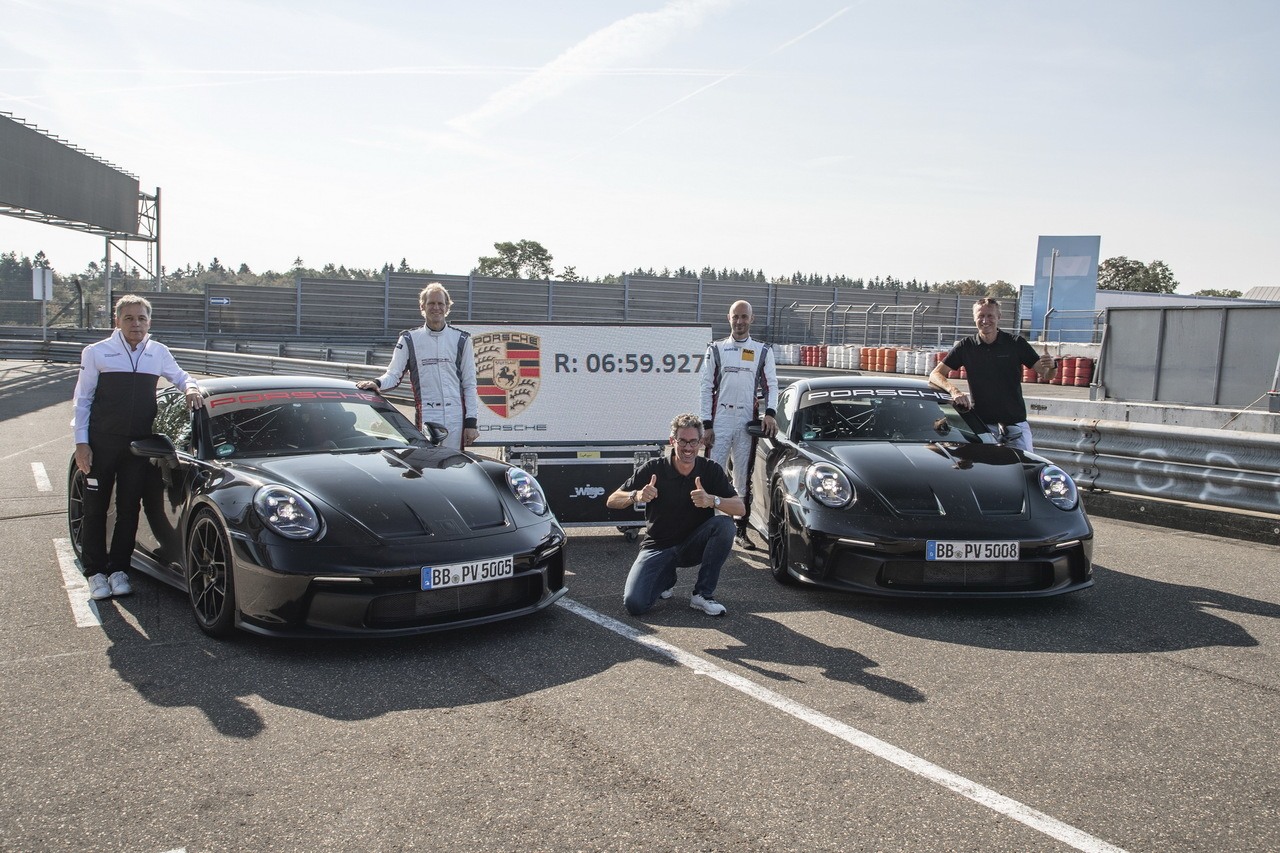 The Porsche team celebrating the feat.

According to Porsche, one of the prototypes this new generation of the sports car came to complete a lap in 06: 59.927, which is the first time that a copy of this model has managed to overcome the psychological barrier of 7 minutes, also improving the time of its predecessor in no less than 17 seconds.

However, today we discovered that these figures deserved a footnote, as both times were not made on exactly the same layout. The time of the 2018 Porsche 911 GT3 was measured on the 20.6-kilometer track, the segment that for years has been taken as a reference for official measurements. However, in recent times a slightly larger segment has been taken to measure the return to the German track, whose total distance is now 20.8 kilometers. This difference may seem insignificant when we talk about sports cars at high speed, but they are noticeable in the final clock.

This means that the new Porsche 911 GT3 made its fastest lap in 17 seconds less and also covered a greater distance. So if we take the chrono in the same measured segment of its predecessor, the difference is even greater. That time has already been confirmed by the German brand and is 06: 55.2, which means that the 911 GT3 is even 1.2 seconds faster than the previous Porsche 911 GT3 RS.