. The 22nd edition of the Latin Grammys will be held in Las Vegas, Nevada.

The Latin Recording Academy and Univision announced that the 22nd edition of the Latin Grammys will be held on November 18 in Las Vegas, Nevada. The awards ceremony is scheduled to last three hours and will be broadcast fully live on the television network beginning at 8:00 PM ET.

The Latin Grammy is one of the most important awards in the Spanish-speaking music industry and is the only Latin award that is given to music professionals.

Unlike the 2020 edition that was held in the city of Miami, the 2021 Latin Grammy marks the return of the important gala to the city of Las Vegas.

“It is a great pleasure to bring the annual Latin Grammy Awards back to Las Vegas to pay tribute to musical excellence,” said Jessica Rodríguez, Executive Director of Marketing and President of Entertainment for Univision.

The list of nominees for the 22nd edition of the Latin Grammy will be announced on September 28 through the digital platforms of Univision and the Latin Recording Academy.

The 2021 Latin Grammy ceremony promises to be a show full of great musical surprises with the most important personalities of the moment.

Univision has not revealed the names of the personalities who will be presenting this year’s edition of the Latin Grammy. 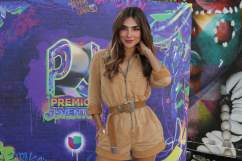 Who will be the recipients of the Award for Musical Excellence?

The members of the Latin Recording Academy announced that great artists such as Martinho da Vila, Emmanuel, Sheila E., Pete Escovedo, Fito Paez, Joaquín Sabina, Milly Quezada and Gilberto Santa Rosa will be awarded the Award of Excellence during the 22nd edition of the Latin Grammy.

The Musical Excellence Award is an award given to personalities who have made extraordinary contributions to Latin music over the course of their artistic careers.

“It is a great honor to recognize this remarkable group of legendary, yet very active artists with the Award for Musical Excellence,” said a representative of the Latin Recording Academy in a press release.

Who will be the recipients of the Board of Directors Award?

The talented musicians Guillermo “Memo” Acosta and Egidio Cuadrado will receive the Board of Directors Award at a gala prior to the Latin Grammy 2021.

According to the official website of The Latin Recording Academy, the Board of Trustees Award is given to individuals who have made significant contributions to Latin music during their career, but not necessarily in the form of performances.

“His outstanding achievements have created a legacy in the world of Latin music that transcends generations and borders. We look forward to honoring and celebrating the achievements of each of them during the Annual Latin GRAMMY Awards this coming November as we return to Las Vegas with our resilient community of Latin music lovers, ”said Gabriel Abaroa Jr., President of The Latin Recording Academy