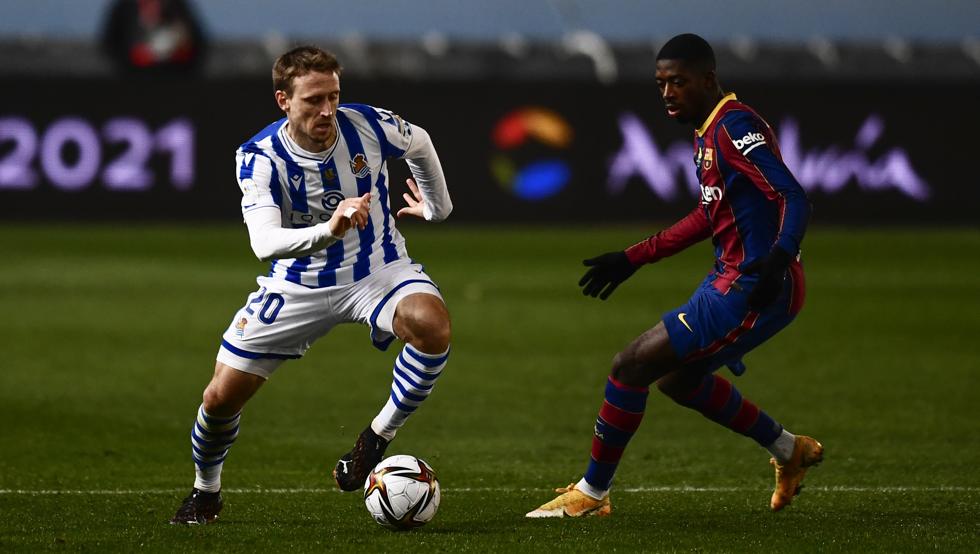 Capital defensive work against the damage caused by Dembélé. He had a hard time stopping him, but he stayed on his feet and demonstrated his judgment. He chose well the climbs for the band.

Safe against Braithwaite, Pedri and Dembélé in extra time. He couldn’t be the hero in the shootout.

An angel fallen from heaven to save the sung goal that De Jong had invented.

Reliable in the pass, he lavished himself in the long openings to the wings, with decorum.

Complete performance recovering, winning the ball from above and distributing.

Omnipresent in the wide area to take loose balls and link the spinal cord with the front.

He crossed too much with everything in favor in the 11th minute.

He guided Real, lit up the penalty play, scored it and missed the first of his career in the shootout.

A constant danger. Twice, lots of races and quality dribbles. Good tone from the Swedish.

Support in overtime. Another penalty that fails.

He came out with brutal force and almost scored a goal for the squad.

Oxygen all over the field.

He came out to shoot the penalty and was stopped by Ter Stegen.