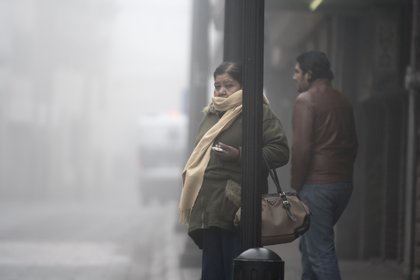 There will also be heavy rains in Puebla and showers (from 5.1 to 25 mm) in the State of Mexico, Guerrero, Morelos and Tlaxcala. . / Miguel Sierra / Archive

The cold does not give up, and this Thursday, February 18, Subzero temperatures are expected in 20 states of the country.

The National Meteorological Service (SMN) reported in its daily report that in the next few hours, the 10th winter storm will continue to affect northern Mexico, and will favor conditions for falling snow or sleet in Sonora, Chihuahua, Coahuila and Nuevo León.

At the same time, Cold Front Number 36 will hit the east of the Republic, and it will move towards the Yucatan Peninsula. In its wake it will leave heavy rains and a freezing environment in entities in the north and center of the national territory.

This time, the coldest records are expected in Coahuila, -15 to -10 ° C. The minimums will also be below the freezing point in mountain ranges. Chihuahua, Durango, Nuevo León, Tamaulipas, and the State of Mexico (-10 to -5 ° C); as well as in mountainous areas of Baja California, Sonora, Zacatecas, San Luis Potosí, Aguascalientes, northern Jalisco, Guanajuato, Hidalgo, Puebla, Tlaxcala, Querétaro, Michoacán, Veracruz and Oaxaca (-5 to 0ºC).

On the other hand, in elevated areas of Mexico City and Morelos, the lowest temperatures will go from 0 to 5ºC.

According to the climatic organism, in all the mentioned states frosts could occur and a thermal sensation lower than the indicated forecast could be registered.

In addition, heavy rainfall is also expected in different states.

In Veracruz and Chiapas the rains will be intense (with accumulations of up to 150 l / m2) and could be accompanied by electric shocks, hailstorms and strong gusts of wind during storms. 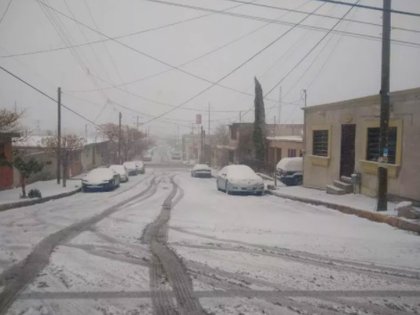 Photograph of the snowfall in Ciudad Juárez on Sunday, February 14 (Photo: Facebook State Coordination of Civil Protection of Chihuahua @PCreportedeldia)

The most intense streaks will occur in Veracruz and in the Isthmus and Gulf of Tehuantepec, and they will go from 80 to 100 km / h.

The north will not get rid of the wind. In Baja California This will beat with great force, from 70 to 80 km / h, with the possibility of dust collectors. In the Gulf of California, in Baja California Sur, in Chihuahua, Durango and San Luis Potosí It will also be intense, from 60 to 70 km / h, and in all these entities there could be dustbins.

Finally, in Sonora, Sinaloa, Coahuila, Nuevo León, Zacatecas, Aguascalientes, Jalisco and Quintana Roo, the gusts will be of the order of 50 to 60 km / h.

In the capital of the country, this Thursday, February 18, the temperatures will be somewhat warmer than in previous days. The maximums will move in the next hours between 24 and 26ºC, while the minimum will be between 7 and 9ºC. In high areas of the state, lower records are expected, from 0 to 5ºC. The sky will remain cloudy

Photographs will no longer be taken of the INE credential of people vaccinated against COVID-19: López-Gatell

No ability to cook: restaurants and shopping centers drop productivity due to gas shortage in Mexico

Blackouts Wednesday February 17: Chihuahua and Tamaulipas the most affected

Natural gas emergency in Ciudad Juárez: they are allocating it only to hospitals, clinics and nursing homes