Microsoft presented us yesterday Windows 11, its latest operating system, and among its novelties there was an interesting and long-awaited one: this operating system will be free for current Windows 10 users.

The decision is logical and follows the line of what happened with Windows 10 -which was also free for Windows 7 and Windows 8 / 8.1 users-, but it is difficult not to recall those times (not so distant) in which we paid for operating systems like Windows or Mac OS X, and we even paid for iOS updates. How the story has changed … and the business model, of course.

When upgrading the iPhone touch cost $ 9.95

When iPhone OS 2.0 (or what is the same, iOS 2.0) was launched in July 2008, it did so with a curious (and annoying) distinction. Although it was free for the iPhone 3G that debuted with it and for the previous iPhone model (the original), it wasn’t free for iPod Touch users.

For those users the upgrade cost $ 9.95, and remembering that, sure, hurts. The practice didn’t last long in the case of iOS, but Apple was charging for each new version of OS X for years.

OS X Lion, from 2011, cost for example 23.99 euros in the App Store, but two years later in Apple they made a striking decision: With the launch of OS X Mavericks they announced that this update would be free.

That was quite a blow to the Apple table that raised a striking turning point: the companies they no longer had to sell “boxes”, because they began to sell subscriptions.

Microsoft has continued to charge for Windows (sort of) until now

Microsoft took a couple of years to follow in that wake. It did (partially) with Windows 10 in July 2015. When this operating system was released, did it as a temporary free update for Windows 7 and Windows 8 / 8.1 users. 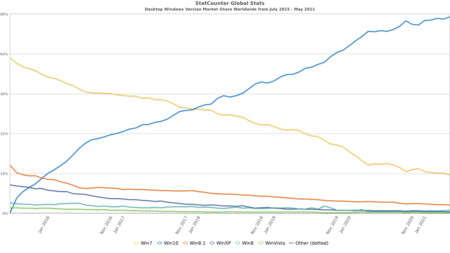 Windows 10 didn’t exceed Windows 7’s quota until the end of 2017, but even today the popularity of that version is still surprising.

That promotion lasted a year, which was the time that users of those previous versions had to decide if they wanted to change. At Microsoft wanted to make the market share of Windows 10 grow significantlyBut the move was modestly successful.

In fact, Windows 7 share remained very notable during the first years of Windows 10 life. People were reluctant to step up and upgrade their equipment, an effect that we had already seen with the almost immortal Windows XP.

Although Windows 10 is no longer a de facto free update and theoretically it could only be achieved by paying, during all these years it has continued to be possible to use it without paying for it.

Windows 10 Home “Retail” (RTL) licenses cost 135 euros (the price goes up to 279 euros in the case of Windows 10 Pro), but installing Windows 10 can be evaluated indefinitely and for free (although with small limitations such as syncing preferences between devices) and the operating system is free and fully functional if we join the Windows Insider program.

The decision to offer Windows 11 as a free upgrade to Windows 10 no longer has an expiration date, and any Windows 10 user will be able to upgrade to the new version at no cost. What happened? 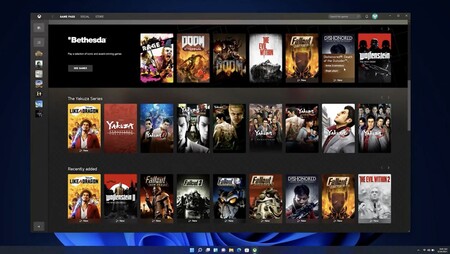 Simply put, the business model has changed. Services are now the focus for companies that previously charged us for “the box” with the new version of their operating system. We no longer pay for macOS or Windows, but we do pay for the iCloud subscription or Game Pass.

For all these companies the subscription model is in fact much more interesting: in the face of the uncertainty of the sales of the aforementioned “boxes”, monthly subscription income is recurring and almost constant: companies ensure a sustained cash flow with which they can maintain services and (theoretically) improve them.

Thus, operating systems have become not a direct source of income, but rather that great gateway to a whole ecosystem of products and services for which we will end up paying to get all the juice out of that ecosystem.