The Opel Crossland receives an update with a notable change in design, more safety and comfort equipment, a new GS Line sporty finish and small changes in the dynamic plane to remain one of the most sought-after models of the German brand.

The Opel Crossland X it is updated on an aesthetic and technological level and even changes its name to simply Crossland, without the final X. After becoming the second most popular model of the brand in Europe, only surpassed by the Corsa, comes a deep restyling for the model made in Figueruelas.

The main changes come to the aesthetic section adapting the design of this SUV to the style of the brand that recently launched the Opel Mokka 2021. The new Vizor exterior design philosophy has completely changed the face of the Crossland, now dominated by a large grille that extends to new LED headlights (standard across the range) and clean, horizontal lines that underline the width of the vehicle.

In the center of the large shiny black band that makes up the grille, the leading role is for the new Opel logo, which maintains the same style that the manufacturer has worn from the 60s but now with a thin chrome ring with the inscription of the brand’s name in a different typeface. 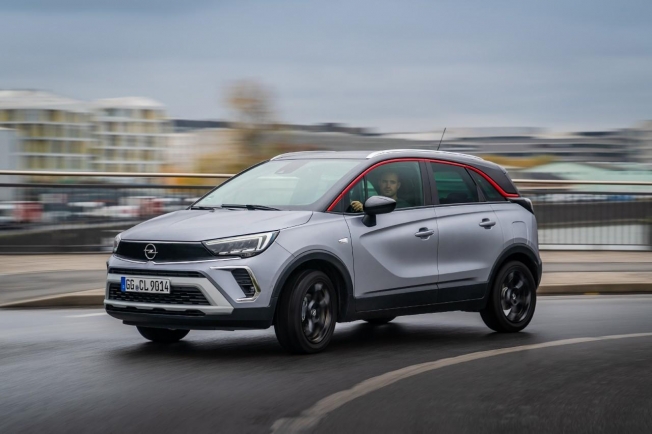 Its SUV appearance has been enhanced with prominent front and rear bumpers, painted silver on the Ultimate trim level. The Spanish range is made up of four trim levels called Edition, Business Elegance, Ultimate and the new sporty GS Line trim distinguished by its striking combination of black and red.

Laterally the changes of the Crossland 2021 are minor and focus on a few Newly designed 16 and 17-inch alloy wheels with silver, bicolor black or black finish. Behind, the tailgate stands out with a high-gloss black surface that matches the roof and the new darkened lamps with the wing-shaped light signature.

The Crossland, with 4.23 m lengthIt competes in the same B-SUV segment as another Lightning brand product, the Opel Mokka, but has a different personality because it offers a greater dose of functionality and space. A good example of this is the sliding rear bench in 150 millimeters, providing space for three occupants up to 1.85 m in height. 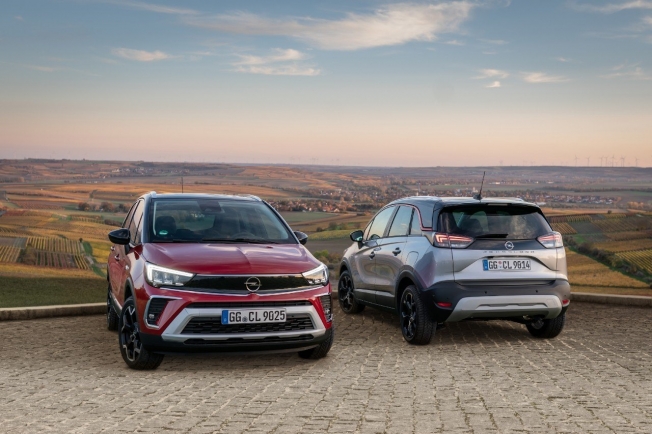 The restyling has enhanced the jacket aesthetic

Depending on the position of the rear bench the boot has between 410 and 520 liters of capacity, an outstanding volume in this segment. By folding down the backrest of the rear seats, an operation that can be done in a 60/40 ratio, the cargo volume increases to 1,255 liters. It’s without a doubt one of the best small SUVs in that regard.

At the front there are few visual changes, the most prominent being the presence of the Multimedia Radio and Multimedia Navi Pro infotainment systems with 7 or 8 inch touch screen respectively, compatible with Apple CarPlay and Android Auto. In addition to navigation maps, the most comprehensive variant includes OpelConnect services and a wireless charger for smartphones.

They are also released new ergonomic seats AGR certified really comfortable and with seat extension adjustment, something very rare in the segment. In the Ultimate finish they are upholstered in black Alcantara and have adjustable heating. The level of equipment that represents the top of the range of the Crossland also incorporates elements such as the heated steering wheel, the dual zone climate control, the ThermaTec heated windscreen, the keyless entry and start system or the new Head-up Display. 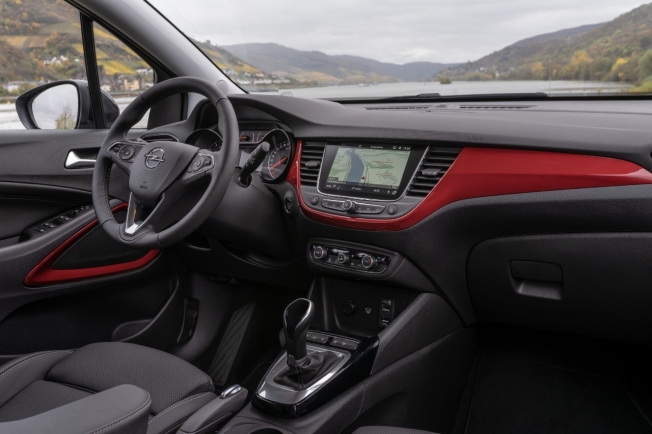 Good quality materials, careful ergonomics and ease of use in the interior of the German SUV

The supply of engines remains unchanged but has been revised. The Opel proposal consists of three-cylinder gasoline engines 1.2 Turbo 110 hp and 130 hp and four-cylinder diesel mechanics 1.5 Diesel 110 and 120 hp. Depending on the version, the transmission is manual or automatic, always with six gears. Contrary to the current trend no type of electrification is proposed.

All versions of this German B-SUV are front-wheel drive, not offering all-wheel drive or as an option. Instead you can equip the new adaptive traction control system IntelliGrip already used by other models of the PSA group. It is an unprecedented system so far in the Crossland and that the Mokka 2021 cannot carry.

Selecting the most appropriate mode of traction through a rotary control located in the central console the electronics changes the torque distribution to each of the front wheels and the ESP adjustment to aid moving on unpaved or slippery roads. 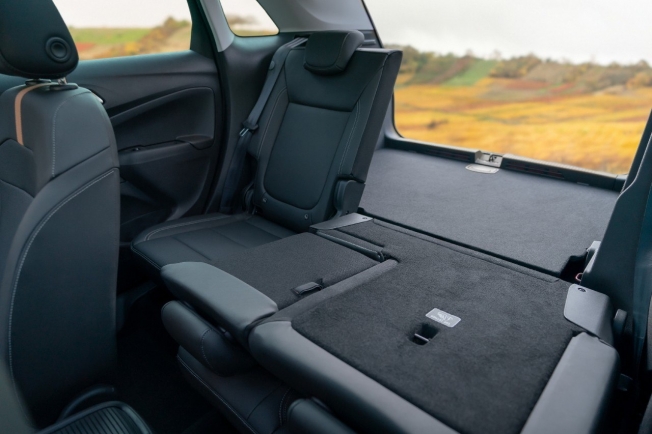 At the dynamic level they are the same engines but the chassis and the steering have been retouched. Specifically, the suspension has new springs and shock absorbers, although it continues to use a torsion bar on the rear axle. Has gained in agility, reducing body roll and rebound movements compared to the previous model.

The steering column has a new intermediate shaft to improve steering centering. It did not seem to me that it has gained in precision compared to its predecessor but it does show a pleasant level of assistance. The manual gearbox is also convenient, engage the gears very smoothly.

Performance is not particularly brilliant for a car that inspires relaxed driving. The benefits are more than enough but it lacks some verve, at least in the 1.2 Turbo 110 hp that I have been able to drive. The characteristic sound of the three-cylinder engines is evident although it does not penetrate too much inside. Soundproofing has been improved with thicker rear glass and optimized rear door seals. 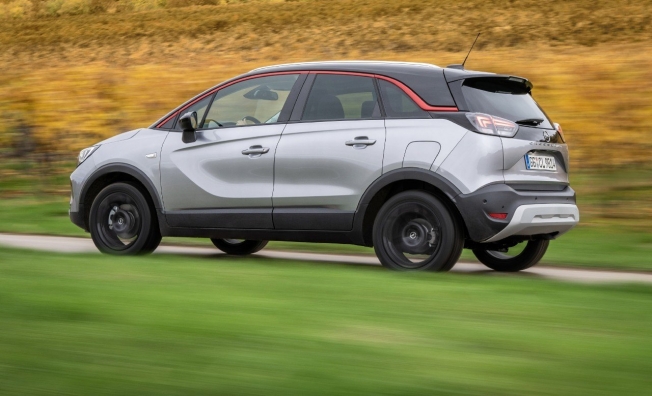 To help with maneuvers, the equipment proposes a panoramic rear camera with a 180 degree viewing angle of the rear of the vehicle and even a automatic parking assistant that identifies parallel and perpendicular parking spaces and acts on the direction.

The new Opel Crossland is for sale from 20,650 euros, without counting promotions or discounts, and it is already on sale. The first units will arrive at Spanish dealers at the end of December and will try to maintain the path of success that has already conquered more than 300,000 customers in Europe.