It has been rumored for a long time and even Elon Musk himself has dropped it on occasion. Now Tesla has finally confirmed it: have plans to allow other electric cars to charge at their charging stations. One of the great advantages of Tesla will soon cease to be exclusive to Tesla.

The confirmation has come through a statement to Norwegian officials. The company has indicated that plans to open the Superchargers network to other manufacturers in September 2022. This, of course, does not confirm that it will be applied globally or on the same date.

In Vestland county in Norway, Tesla recently ordered incentives to deploy charging stations around the area. However, local authorities do not give incentives unless the charging network is open to all. Apparently, Tesla confirmed that it will be and for the first time has set a date for it: September 2022.

The exclusivity of the Superchargers

Unlike other manufacturers, Tesla bet from the beginning to build its own network of charging stations. At the time it was more of a necessity, considering how underdeveloped the electric car market was. Its cargo network, unlike those of other manufacturers, is exclusive for its vehicles. The latter is what appears to be changing. 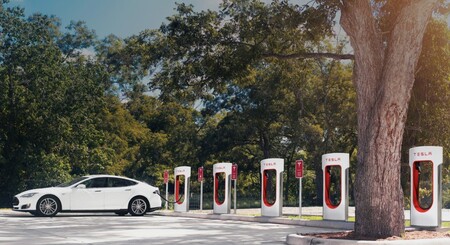 More than a decade after placing the first Supercharger, Tesla already has more than 25,000 chargers fast charging throughout the world. Probably the most widespread charging network in the world and consequently one of Tesla’s great advantages for customers to choose their car before that of another manufacturer.

Compatibility has been one of the great impediments until now, although the standards are becoming more and more unified. In Europe, for example, the CCS standard is used for the connector, which facilitates integration. Therefore, it seems that if agreements have not been reached so far it has had to be for economic reasons such as construction and maintenance expenses or the commissions that Tesla may be asking for.

Now, while it sounds like great news for electric car users, it may not be so great for users of Tesla electric cars in particular. Apart from losing the extra advantage they had paid for at the time, this opening can also mean a significant increase in the use of charging stations and charging times.