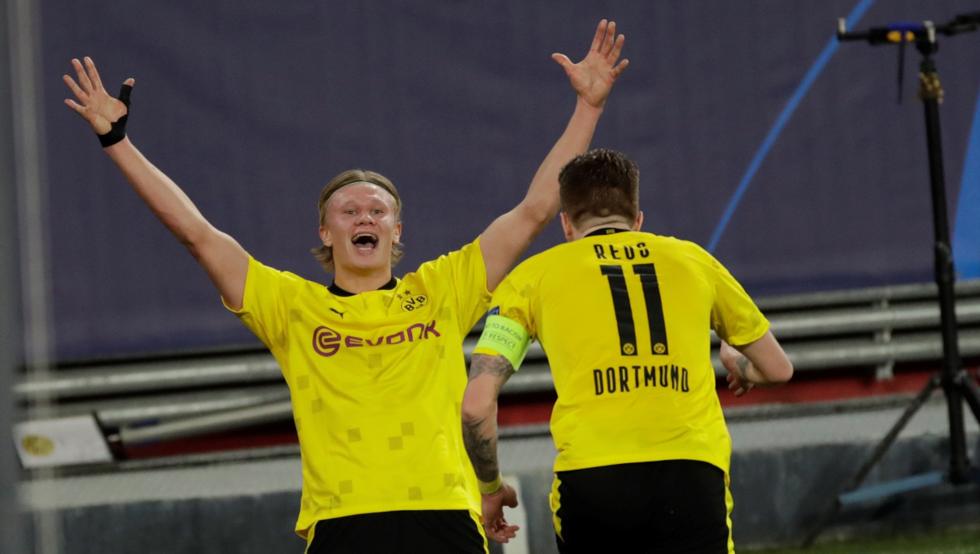 Erling haaland, protagonist with two goals in Dortmund’s triumph over Sevilla (2-3) that puts the Germans on track for the quarterfinals of the Champions, applauded his team’s performance in the Pizjuán and appreciated the support of its technician Edin terzic. “We had a good plan. Edin [Terzić] he has been good and I have talked a lot with him. He told me that today would be my match and that I would have my chances and I had them, so it was an important victory, ”said the Norwegian.

“Tonight we had more passion, more motivation. We are in the right direction. It has not been good to let them score two goals, but it is good to score three goals away from home and take the game, “he continued. Haaland, not so satisfied with the team’s performance at the restart. “In the second half we tried to keep the score but we conceded a goal, we tried to defend our goal and I am proud to have won this match,” he said. Haaland, voted best player of the match.

Marco Reus, captain of the Dortmund, also applauded the result harvested in Seville. “We gave a signal. In the first half, apart from the goal that we conceded very early, we executed our plan, playing compact, lower than usual but we were very fast in the transitions ”, analyzed the midfielder.

“In the second half we were too passive, we didn’t have enough possession, we went back too far. They went on defense to 5 and that caused us problems for several minutes, we lost a few balls too fast and we couldn’t find depth. Yes, Erling haaland he assisted and scored two goals, but we played very well collectively, we did what we wanted and in the first half it worked very well ”, he settled Reus.