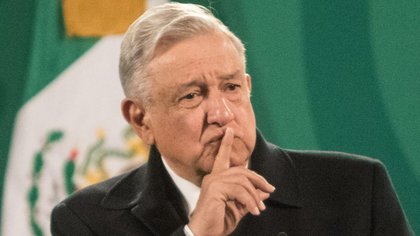 It should be noted that this agreement was approved by the INE last January and, in it, it was established that both AMLO and governors and officials would not pronounce on the electoral elections (PHOTO: VICTORIA VALTIERRA / CUARTOSCURO.COM)

On Wednesday night it was announced that the Electoral Court of the Federal Judicial Branch (TEPJF) annulled the precautionary measures approved by the National Electoral Institute (INE) so that President Andrés Manuel López Obrador would not speak about the 2021 electoral process in his morning conferences or public events.

The magistrate Felipe de la Mata Pizaña reported on the revocation of the agreement through social networks.

“The CG agreement was revoked [Comisión de Quejas] of the #INE, by which it dictated #MedidasCautelares inhibitory with respect to all #ServadorPublico, so that they refrain from making demonstrations whose content may be of an #electoral nature. SUP-REP-3/2021 and SUP-REP-20/2021 incident ”, wrote de la Mata Pizaña on his Twitter account.

Some time later, through a statement, the TEPJF determined that, contrary to what was considered by the General Council of the INE, “The issuance of said agreement did not imply the issuance of precautionary measures of an inhibitory nature but rather the imposition of non-repetition measures, given the alleged possibility of a future harmful act of an illegal nature.”

“The judgment indicates that the nature of the non-repetition measure requires a substantive study that corresponds to the jurisdictional authority, and not to the stage of the precautionary measure”, the statement reads.

It should be noted that this agreement was approved by the INE last January and, it established that both AMLO and governors and officials should not pronounce on the elections.

The decision would have been made by the TEPJF in a closed session, this after the Legal Counsel of the Presidency challenged the INE’s restrictions.

The INE, a body headed by Lorenzo Córdova, It proposed at the beginning of the year that neither the president nor public servants make positions, expressions or evaluations that could be favorable or adverse with respect to any political actor.

“They must refrain from addressing issues related to the exercise of the prerogatives of political parties, public financing and access to radio and television, internal life of political parties, national and local; candidacies of political and independent parties [registro, postulación, entre otros]; federal and local elected offices; stages of the electoral process; coalition fronts, mergers, national or local alliances; electoral platforms, campaigns, electoral strategies of any political force, as well as polls of voting intention or electoral preferences ”, it was read in what was approved by the INE on January 15. 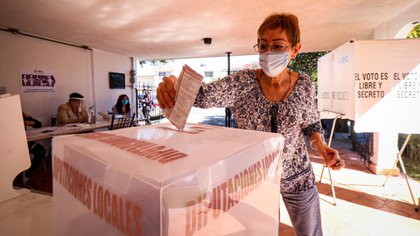 The elections will be on June 6 (Photo: Cuartoscuro)

Days later, on January 22, during a morning conference, López Obrador declared that the INE’s precautionary measures were a “Open censorship”, Therefore, he filed an appeal with the Electoral Tribunal of the Federal Judicial Branch.

“Yes, we have already presented an appeal for disagreement to the Court, because it is an open, shameless censorship, in addition, it is an attack on freedom, but let’s see what the court decides, but I want this issue to be finished, that the court decides what can we say and what we cannot say ”, AMLO pointed out from the National Palace.

“I don’t know why they have him afraid to democracyWho knows what they are thinking, because if the law is not broken, if the vote is not called, if there is no propaganda in favor of a party from the government, then there is no impediment, no crime ”, he added. 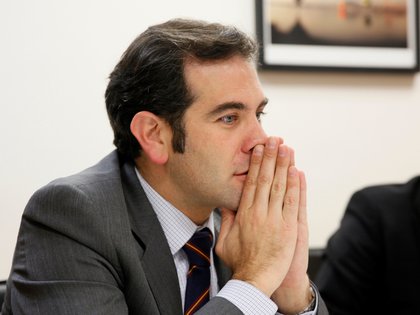 After the start of federal campaigns, the transmission of morning lectures of the president Andrés Manuel López Obrador should not be carried out in a whole throughout the country, this in order to guarantee the fairness in contestscommented Lorenzo Cordova, President Counselor of the National Electoral Institute (INE).

During the first Seminar on Violence and Peace of the year, organized by the Colegio de México, Córdova commented that criteria of the Electoral Tribunal of the Federal Judicial Branch (TEPJF), morning calls are government propaganda and the Constitution prohibits their dissemination during electoral campaigns, as they are considered “a space not only for information, but also for promotion of government acts”.

“In accordance with our electoral legislation, the Electoral propaganda must be interrupted from the start of the campaigns and until the end of the day”Said Córdova, who explained that this measure should start from April 4 and even earlier in some states, since they start their processes in advance.

AMLO on the candidacy of Salgado Macedonio, accused of sexual abuse: if he won the polls, “it must be respected”

“He is an endearing man”: Damián Alcázar revealed details of his meeting with López Obrador at the National Palace

AMLO: there will be periodic, temporary blackouts between 6 and 10 pm due to energy crisis in the north