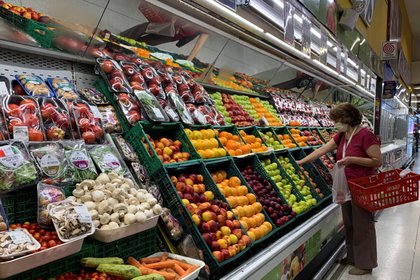 A woman looks for products in a supermarket today in Buenos Aires (Argentina). . / Demian Alday Estevez

“The problem was not in the supermarkets, but the supply. The imputation seeks that this does not occur again. It is a great concern of the government that no important product is missing from the Argentine table, “said the Minister of Productive Development yesterday, Matias Kulfas, at the end of the economic cabinet meeting.

The gondolas have never been empty or half empty since the start of the pandemic. The efforts of the Government and mass consumer companies to continue producing under Covid-19 restrictions are indisputable. But the price policy that the current administration faced to avoid food triggers in the middle of the recession was extended more than necessary and was generating increasing tensions within the productive structures. What generated that? That some products stopped being in the gondolas and were replaced and that in other cases the availability is less. It began to be noticed little by little, but it got worse in the last time.

Supermarket chains were already warning, towards the middle of last year, that delivery levels had decreased and supplier companies were trying to filter lists with price increases despite resolution 100 that established the Maximum Prices. Retail resisted, so in many cases deliveries were delayed or stopped directly.

The Government increased price inspections in recent weeks, also hand in hand with the mayors and social movements. And it detected irregularities, not only “abusive values ​​in different articles”, but also “some missing products included in the Care Prices program,” said the Secretary of Commerce days ago in a statement.

The wholesalers have nothing to do with it. We do not produce the merchandise. We have the premises with open doors and shelves with everything in sight (Víctor Fera)

“Last Friday – moment in which the coordinated action that had been deployed in March last year due to the health emergency due to the Covid-19 pandemic – was resumed – was the first day of joint work – with AFIP – and carried out a total of 53 inspections in the metropolitan area. As a result, 14 minutes were drawn up for infractions, ”said the press release. There were also inspections to control the meat deal and the same thing happened: some stock problems were found.

According to supermarkets sources consulted by ., from a historical delivery level that reached 90% -that is to say that of every 100 products ordered, 90 were delivered-, today that percentage is located at 50% to 60%, depending on each chain. “In high-turnover products, the average delivery is 50% of the orders. In innovative products, no problem. But yes, for example, with oil or canned tomato. If an analysis is made of the gondolas of the big chains, they have holes filled in by other things, ”said industry sources.

Regarding the inspections, they affirmed that “they began a long time ago and that they detected shortages in gondolas”. “So they searched the back room of the premises, in the warehouses, asked for purchase orders and crossed them with the deliveries. And that’s when they went to the companies to see the production levels and found that the hole was there ”, they added from the sector.

Subsequently, Internal Commerce requested information from food suppliers and the cosmetic and cleaning sector and this Wednesday sent an injunction to eleven companies to report production and dispatch levels to supermarkets and to prove that they had increased their production to the maximum of their capacity. installed and that they decide on the measures to ensure the transport and provision of the products detected as missing. In each case, different. 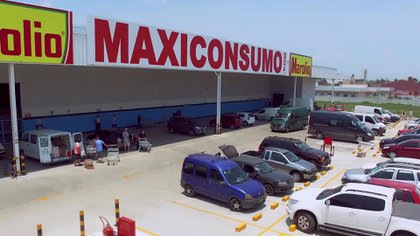 The companies received this request with strong discomfort, even more so after last week five of these companies were summoned to participate in a meeting with the Government to coordinate expectations regarding prices. The indicated companies are: Mastellone, Fargo, AGD, Danone, Molinos Cañuelas, Bunge, Molinos Río de la Plata, Unilever, P&G, Paladini Y Potigian.

“Some give you badly one week and the next week it improves. It varies a lot by chain and region. But everyone talks about oil. They also claim problems with the herb. There were beer shortages, but that has already normalized. It depends a lot, but in general there are irregularities, quoted deliveries and many label changes to evade controls, “said the Argentine Supermarkets Chamber (CAS) and the Argentine Federation of Supermarkets and Self-services (FASA).

In turn, from the Argentine Chamber of Distributors and Wholesale Self-Services (CADAM), your president, Victor Fera, He assured that they have significant problems with suppliers’ deliveries and that if they do not receive the merchandise, they cannot sell. “We, the wholesalers, have nothing to do with it. We do not produce the merchandise. We have the premises with open doors and shelves with everything in sight. We are undergoing government inspections and we have nothing to do with it“Said the owner of Maxicconsumption.

As he remarked, the inconveniences with the deliveries worsened in the last time. “I have orders since November 2020 with companies that tell me ‘The truck leaves tomorrow.’ They don’t want to deliver. In some products, they cut us 50% of the supply ”, said Fera, while adding that there are problems with oil, rice and yerba.

Discomfort among mass consumer companies after the Government’s accusation