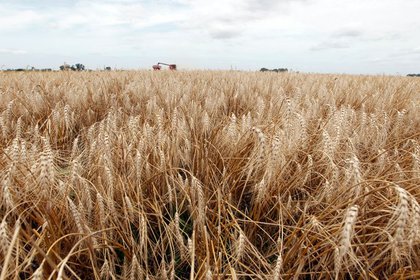 A wheat field in General Belgrano, in the province of Buenos Aires (REUTERS / Enrique Marcarian)

A new chapter in the relationship of many differences between the Argentine and Brazilian governments. The Secretariat of Foreign Trade of the neighboring country announced the entry into force of a new quota of 750 thousand tons of extra-Mercosur wheat, with the objective of entering said market without tariffs. This is highlighted by the media of that country, which detailed that this quota will be implemented in two sections: 600 thousand tons and another of 150,000 tons.

The controversy between the two countries has been going on for a long time, taking into account that last year Brazil announced the entry into force of a 750,000-ton quota and then expanded it to 450,000 tons.

Argentina is the main wheat exporter to the Brazilian market. Currently there is a regulation that indicates that wheat purchased outside Mercosur must pay a common external tariff of 10.5 percent. According to official data, between January and August of last year the Brazilian market accounted for 47% of Argentina’s wheat sales, and then Indonesia, Thailand, China, and Kenya, among other destinations. 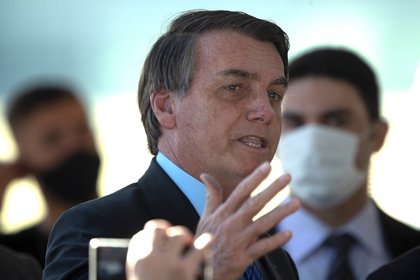 The president of Brazil, Jair Bolsonaro .

This measure caused discomfort in the Argentine export sector, which has already filed a claim with the authorities of Chancellery and from Ministry of Agriculture, Livestock and Fisheries of the Nation. Through a note from the Cereal Exporters Center, which presides over Gustavo Idígoras, They expressed their rejection of Brazil’s measure and assured that it does not comply with current regional agreements.

In addition, the exporters specified that decisions such as those adopted by the foreign trade area of ​​the government of Jair bolsonaro they cause economic damage, with an effect on prices and the quantity of volumes exported to that market.

On the other hand, local wheat production is going through a difficult time due to the impact of the lack of rainfall in recent months. A situation that could lead to the worst harvest in the last five years.

In the middle of the harvest, which according to the Buenos Aires Cereal Exchange reached almost 20 of the planted area, there are areas that are collecting yields that are the lowest in the last 10 years.

Despite the rains in October and the first days of November, the wheat campaign has lost some 600 thousand hectares so far. The technicians of the Strategic Guide for Agriculture of the Rosario Stock Exchange (BCR) they pointed out that From July onwards, Córdoba registers a lack of rainfall of between 100 and 200 millimeters, and the same happens in much of Santa Fe.

In its latest published report, the Rosario Stock Exchange made a further downward adjustment to final production estimates. The reduction is 300 thousand tons, and the projection currently stands at 16.7 million tons, a figure that would be even below the harvest of the 2017/2018 cycle.

The advance of the harvest was also reflected in the entry of trucks to the ports of Gran Rosario, which until now It reached 210,000 tons, according to private data, 15% lower when making the year-on-year comparison. In the last 10 days an average income was close to 500 trucks of wheat per day, more than tripling the average income of the last ten October.

Tandil: there is uncertainty among producers due to the judicial prohibition of using phytosanitary products