“Pasión de Gavilanes”, one of the most successful dramatic projects on Spanish-language television, will soon be back on Telemundo screens with a new season.

“Pasión de Gavilanes II brings back the story of the Reyes brothers from one of Telemundo’s most iconic original productions,” the television network announced in a press release.

So far, Telemundo has not announced if the actors of the original cast will form the sequel to the successful Colombian telenovela that captivated all viewers.

The new season of “Pasión de Gavilanes” will focus on another tragic crime that will shake the members of the Reyes-Elizondo families who will be put to the test to prove their innocence.

“Twenty years later, the Kings and the Elizondo have come together as a family, but their ties are going to be tested by new challenges. This new generation of Pasión de Gavilanes is predestined to begin with another tragic crime that shakes the family to the depths, “said the television network to refer to the plot of the second season of the telenovela.

The first season of “Pasión de Gavilanes” was produced by Telemundo in collaboration with RTI Colombia and broke audience records in the United States during its broadcast in 2003 and 2004.

Who were part of the original cast of Pasión de Gavilanes?

The Colombian melodrama was a success in audience in countries such as the United States, Colombia, Venezuela, Chile, Bulgaria, Serbia, Romania, Panama, Puerto Rico and China.

When will the second season of Pasión de Gavilanes premiere on Telemundo?

Telemundo has not announced the premiere date for the new season of “Pasión de Gavilanes,” but it is expected to air on the television network during the 2021-2022 programming period.

For now, the cast of actors who will be part of this sequel that promises to conquer the Spanish-speaking audience in the United States is unknown.

In April 2020, the members of the original cast of “Pasión de Gavilanes” offered exclusive statements to People en Español about the possibility of a new season of the telenovela.

“For now there are no plans, but I would love to, it seems like the best. It is a very beautiful story that was marked for all of us and obviously I would love to be in this production again, ”said actress Paola Rey, who gave life to the character of Jimena.

Natasha Klauss, who played the character of ‘Sarita’, mentioned that it would be “beautiful”, but it would be a little “difficult”.

“Yes Julio Jiménez [el escritor] he starts to throw sparks there in his brain and he gives us that, the public will be happy ”, highlighted the actor Mario Cimarro, the unforgettable Juan Reyes. 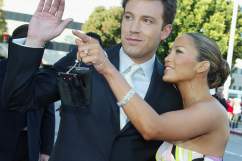