Telephone has made a record profit of 7,743 million euros in the second quarter of 2021. This historical result is a consequence of the capital gains from the closing of themerger of O2 and Virgin Media in the UK and of thesale of Telxius towers. In other words, two of the major operations carried out to implement the action plan announced by the Group in 2019. At the same time, “the figures achieved in the first half of the year reflect the favorable effects achieved thanks to the management applied, which are being translating into a progressive return to growth and greater efficiency ”, they point out from the company.

The closure of these two operations at the beginning of June has been reflected in a net profit of 8,629 million euros in the first half of the year. It is also an unprecedented figure, the highest in Telefónica’s history, they emphasize.

The completion of these transactions has also led to a historic reduction of the Group’s net financial debt. June ends at 26,200 million euros, 29.5% below that of June 2020. In the last five years, the company’s debt has been cut in half, from the more than 52,000 million euros registered as of June 2016.

Thanks to the operations of O2 and Telxius, Telefónica has increased its profits and reduced its debt by half

At the same time, capital gains from operations have strengthened the Group’s balance sheet, which now has a more efficient capital structure that increases the quality of the company’s value, with an increase in equity of more than 10 billion euros. . Telefónica also has a solid liquidity position, which increased to 26,924 million euros.

“These results show that Telefónica is on the right track, executing its strategic plan as a critical accelerator in the company’s transformation process. Telefónica consolidates its leadership as a company that takes advantage of all the opportunities offered by the digital revolution, as a responsible, sustainable company and always betting on operational excellence ”, assures the President of Telefónica, José María Álvarez-Pallete.

Telefónica Group results for the first half of 2021.Increase in annual targets

The favorable business performance in the first half of the year and the positive outlook for the second half of the year in Telefónica’s main markets lead the company to raise your financial goals for 2021. If the previous reference contemplated a stabilization of income and operating income before amortization (OIBDA), now it considers that they will move between stabilization and slight growth. In addition, it maintains the return to a normalized level of investment (CapEx) on sales of up to 15%.

The data for the first six months of the year are consistent with the expected trend for 2021 as a whole. In the second quarter, the Group’s income stood at 9,964 million euros, 3.6% less than in the same period of 2020, but 3.4% more in organic terms. In the first semester, revenues reached 20,305 million euros, 6.5% less than the figure reported in June 2020, but, again, 0.9% more organically. Similarly, the OIBDA has accelerated the annual growth rate in the second quarter organically to 3.3%, with an increase of 1.7% in the first half of the year.

CapEx has increased by 12.8% in the second quarter compared to the same period of 2020 and by 25% in the semester. Also noteworthy in this period is the reduction in the negative impact of exchange rates on the accounts, mainly in Latin American currencies.

With respect to number of clientsAt the end of June, the Group had 367.2 million accesses, including 100% of the VMED O2 accesses, 3.7% more than a year earlier. The company’s high-speed network (fiber and cable) has reached 154.7 million real estate units (BUs), 6% more, of which 80 million BUs correspond to the company’s own network, 10% more than a year before.

Continuous execution of the strategic plan

With the operations of United Kingdom Y Telxius As main exponents, the Group has continued to make progress during the first half of 2021 in the execution of its action plan. Launched in late 2019 to mark the on the way to the new Telefónica, the fulfillment of the objectives for which it was conceived is laying the foundations for a sustainable and profitable growth of the company in the long term.

Regarding the four main markets in which the company operates, Spain has maintained the European leadership in fiber deployment, with more than 26 million real estate units (UUII), and a 5G coveragethat already reaches more than 80% of the population. The result of the recent auctionof 5G, in which Telefónica has obtained 20 MHz of spectrum in the 700 MHz frequency band for 310 million euros, will allow the company to consolidate its leadership in connectivity of high strategic value.

United Kingdom has embraced the historic merger between O2 and Virgin Media to create a leading connectivity operator –VMED O2– without the British regulator putting conditions on the operation. Germany has shown commercial strength which has resulted in improved revenue growth and OIBDA. And Brazil has also benefited from the boost in commercial activity, reflected in the return to growth of OIBDA in the second quarter.

In Hispam Significant progress has also been made in achieving less capital exposure in the region, as evidenced by vehicles created with KKR in Chile and Colombia to deploy fiber; the generation of greater efficiencies; and the reduction of risks through a higher proportion of debt in local currency. Specifically, debt denominated in Latin American currencies has already reached 30% of the financial commitments of the entire Group, including leases, compared to 16% in June 2020 and 21% in March 2021. This evolution allows generating coverage natural that reinforces the sustainability of the company’s financing structure. In addition, revenues have seen a notable improvement in the region in the second quarter, with organic growth in all markets.

Regarding the business units, Telefonica Infra has prolonged its sequence of transactions by closing the creation of Fi Brazil, a company owned 50% by CDPQ and Grupo Telefónica (25% Infra and 25% Telefónica Brasil) to deploy fiber in Brazil that has already started operations. This vehicle, along with last year’s creation of UGG in Germany, gives Infra an increasingly relevant role. Additionally, Telxius, 50.01% owned by Infra, has strengthened its international network with Tannat, a new generation submarine cable that connects Brazil with Argentina with its 2,000 kilometers in length.

For its part, Telefonica Tech it has continued to incorporate assets to reinforce a position with which to accelerate growth that continues to be strong. In the second quarter, the revenues of this unit have grown to 203 million euros, 26.6% more than in the same period of 2020, for a total of 369 million in the semester as a whole, 25.9% more. To the dynamism that the Cybersecurity and Cloud services In recent months, higher growth rates have been added in the area of Big Data and IoT, a combination that allows Tech to grow above the industry average and, therefore, gain market share. 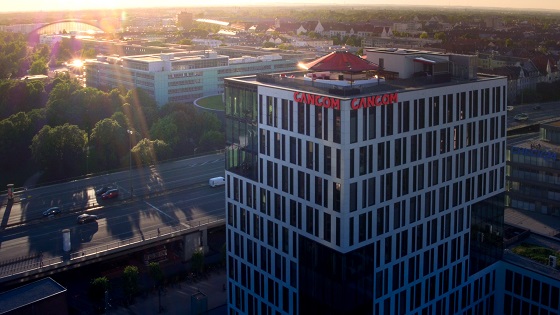 In fact, Telefónica has just announced that it has reached an agreement with Cancom for the acquisition of one hundred percent of the shares of the British company by £ 340 million (approximately 398 million euros). It is a company that provides end-to-end advanced cloud and security services in the United Kingdom and Ireland, which complements the business developed by Telefónica Tech in the region.

Cancom will reach 190 million euros in revenue in 2021 with an adjusted EBITDA margin of 15.4%. Revenues related to Managed Services and Professional Services project differential growth of 20% and 26% CAGR18-21 respectively and today represent more than 50% of the company’s total revenues.

The closing of the operation will take place in the next few days.