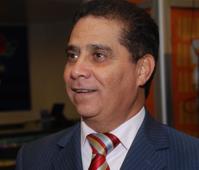 The Dominican Basketball Federation (Fedombal) announced this Thursday that the matches of the national team during the basketball “bubble” at FIBA ​​Americup 2022, will be broadcast nationwide through Teleantillas, Channel 2.

Rafael Uribe, president of Fedombal), stated that the local television broadcast of the event, scheduled for the 29th and 30th of this month at the Hard Rock hotel in Punta Cana, La Altagracia province, “will be possible thanks to an agreement that we reached with the Corripio Group ”.

Valentín Báez, vice president of business and content of the Corripio Group, said he was pleased that the transmission of the games that the national basketball team will play in the country, will allow the Dominicans to see the participation of the Dominican team, since it is the “Bubble” system will not allow public in the facility.

Uribe explained that on the first day, Saturday, November 29, the tricolor team will face the quintet of the United States Virgin Islands at 5:00 in the afternoon, while on Sunday they will be playing against Cuba (8:00 pm), and that both challenges they will be taken throughout the country by Channel 2 of Teleantillas.

“Because the Punta Cana bubble will be without the presence of the public, we have made a great effort so that the Dominican basketball-loving public does not miss the opportunity to follow the incidents of this important event through the small screen,” Uribe added.

He explained that the Quisqueyo team competes in Group C of the qualifier, together with the representations of Canada, the Virgin Islands and Cuba, the four teams with an identical 1-1 record.

Uribe highlighted the great work that the Organizing Committee of the bubble has done together with Fedombal.