Apple TV + has released the first trailer for‘Invasion’Sci-fi series by Simon Kinberg and David Weil whose cast is led by ‘Jurassic Park’ veteran Sam Neill and Golshifteh Farahani (‘Tyler Rake’). The video takes us to different parts of the world and presents various characters from different walks of life, who will experience a simultaneous phenomenon out of this world that will change the course of their lives forever.

Set on several continents, ‘Invasion’ chronicles an alien invasion from multiple perspectives throughout the world. Earth will be visited by an alien species that threatens the existence of humanity. Events will unfold in real time through the eyes of five ordinary, ordinary people from around the world, as they struggle to make sense of the chaos that now surrounds them.

The main cast is Shamier Anderson as Trevante Ward, a soldier posted to Afghanistan; Golshifteh Farahani as Aneesha Malik, a Syrian immigrant, wife and mother living on Long Island; Sam Neill as Sheriff John Bell Tyson, a seasoned country law enforcement officer on the verge of retirement; Firas Nassar as Ahmed Malik, Aneesha’s husband and successful businessman; and Shioli Kutsuna as Mitsuki, a very smart guy who is part of the JASA mission control in Japan.

The series is created and written by Simon Kinberg (‘Dark Phoenix’) and David Weil (‘Hunters’), with Audrey Chon, Amy Kaufman, Elisa Ellis, Andrew Baldwin, Katie O’Connell and Jakob Verbruggen serving as executive producers. Writer and Verbruggen director of several episodes of this series produced by Boat Rocker Studios that will debut on Apple TV + on October 22. Initially three episodes will arrive, to later broadcast a new episode every Friday until completing a first season of ten episodes. 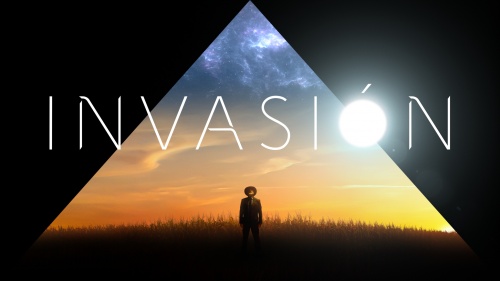