Home>World>target, 24 million vaccinated by the end of June

The key moment arrives. The vaccination process against the coronavirus in Spain reaches a decisive phase with the aim of immunization for the summer. Therefore, the communities prepare mass vaccinations in ever larger enclosures in order to accelerate and reach the figure of 24 million vaccinated by the end of June.

Only in the last week has Spain received more vaccines than in the entire month of January, a rate that will continue to grow and that will require the so-called ‘vaccinodromes’. In fact, this Monday Pfizer puts 1.2 million more doses in Spain with which it is expected to close the group of more than 80 years.

In total, Spain has so far received 9,703,645 vaccines, of which 8,548,598 doses have been administered, 88.2% of those delivered to the communities, according to Health data this Saturday.

The number of people who have already received the complete regimen of any of the three authorized vaccines amounts to 2,841,148 and most of the vaccinations have been with Pfizer serum (2,704,358), followed by Moderna (136,721). and AstraZeneca / Oxford (69).

Madrid, which is already vaccinating in the hospital Isabel zendal and in the stadium Metropolitan, also plans to enable the WiZink Center to give your dose to people between the ages of 60 and 65.

The Basque Country puts up two ‘vaccinations’ this weekend, in addition to two others already enabled and the Illumbe bullring in San Sebastián, where teachers and police are being vaccinated.

In Galicia fairgrounds have been set up for a total of 14 mass vaccination centers, while Canary Islands He plans to put one in Tenerife and another in Las Palmas in the second half of the month.

Catalonia prepares the opening of six large vaccination centers, while Aragon has four. Both communities are awaiting the massive arrival of doses that is expected for this month.

The Valencian Community, with places like the City of the Arts, it plans to put 57,000 vaccinations a day, while The Rioja prepares mobile vaccination sites; in the case of BalearicsOn March 24, the so-called ‘covid-express points’ were released. Andalusia and Murcia They started almost from the beginning using pavilions and are expected to open more large spaces in the near future.

Do not saturate health centers

In addition to speeding up vaccination, the strategy of the ‘vacunadromes’ also seeks not to saturate health centers. Spain will receive 30 million vaccines in the second quarter that has just started, according to the EU.

These vaccines, added to those already received, would be enough to reach the figure of 24 million immunized upon reaching the equator of the year, according to El País. Those vaccinated are 61.3% of the adult population, so the initial objective of the Government of reaching 70% of immunized in summer is feasible.

There are two key factors to achieve this: that the vaccines arrive (in the first quarter there were supply problems) and that there is sufficient healthcare capacity to administer them.

The challenge, moreover, is to achieve it at the same time that a fourth wave is dodged, marked by the most contagious and lethal British strain, is going to put the health systems of the communities back on the ropes.

The Ministry of Health has reported this Saturday that a total of 206,443 doses of vaccines have been administered until this Saturday in Spain, two days that have coincided with the festivities of Good Thursday and Good Friday of Holy Week.

Precisely because they are both holidays in several communities, this figure is far from the record of daily doses established last Thursday when they were supplied 306,995 doses in a day. 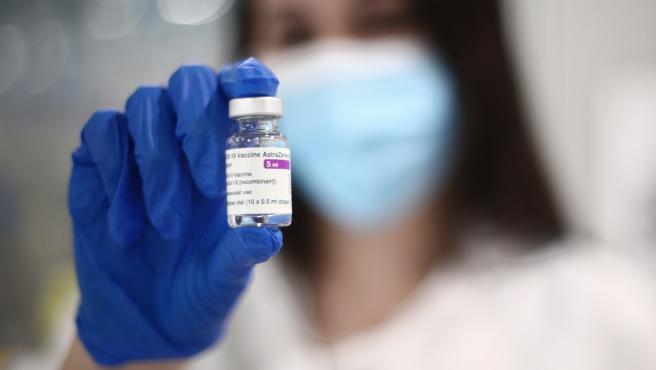 In the case of Balearics, the Ministry of Health has administered 12,441 doses of vaccine against Covid-19 between Wednesday, Thursday and Good Friday, and reaches 173,594 doses applied since the vaccination began on December 27.

A total of 49,413 people on the islands have already received the two mandatory doses of the three vaccine formulas that are being given so far, Pfizer, Moderna and AstraZeneca, of which 3,808 have received the second between Wednesday and Friday, according to the data made public this Saturday by the Government on Twitter, corresponding to the vaccination process until April 2.