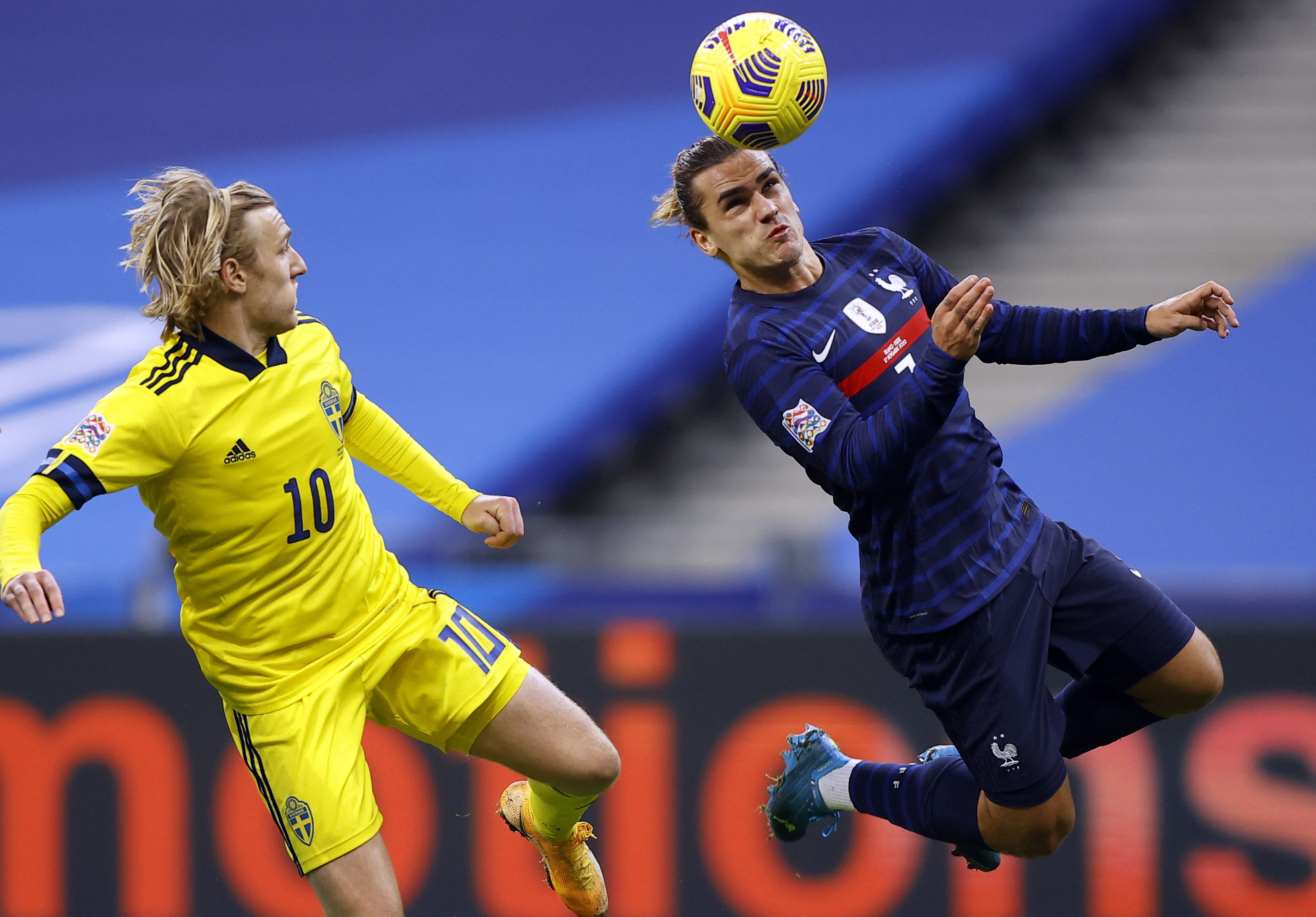 Sweden’s relegation (group 3) to the second category of the Nations League was the highlight of the last day of the group stage of the tournament. France, already qualified for the final phase, which will be played from October 6 to 12, 2021, beat the Swedes (4-2), while Croatia was saved from relegation by goal difference with Sweden after also losing their match against Portugal (2-3).

Sweden and Croatia were tied on points and in their direct confrontations. The Swedes, who will be rivals of Spain in the European Championship, came out strong against France, where Varane, who retired injured due to muscle discomfort, and Griezmann played as headlines. Krasnodar player Claesson put Sweden ahead in the 6th minute. France, however, showed their high level and came back with two goals from Giroud and one from Pavard. Sweden tried and closed the gap through Quaison. When he was desperately looking for a draw even with his goalkeeper Olsen in the Gallic area, Coman made it 4-2 from an empty goal on the last play of the match. Giroud, with his two goals, is close to Henry, the French top scorer, who is now separated by seven goals. France, world champion, is the best European team of the moment.

Croatia-Portugal saw the duel between Modric and Cristiano, captains of their respective teams and former teammates in Madrid. The Croats maintained the category with a lot of trouble. Kovacic made it 1-0, but the Portuguese came back with goals from Ruben Dias and João Felix. Kovacic, again, made it 2-2 when Croatia played with one less for the expulsion of former Sevilla player Rog (m. 51) for a hard tackle on Cristiano. An error by goalkeeper Livakovic led to the final 2-3, also by Ruben Dias, in the last minute of the game. Portugal has been left out of the final phase even showing a high level, so it will not be able to defend the title achieved in the first edition of this competition.