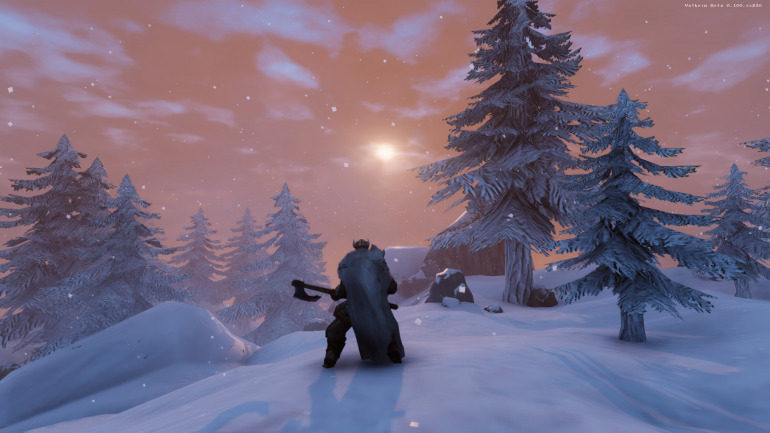 Valheim landed on Steam in early February, and as good Vikings they are, there is no one to stop them once they make landfall. Released as an early access game, Valheim has become the new phenomenon of PC games. A survival proposal in a procedural open world, and based on Norse mythology, which already has more than 3 million games sold. And what’s more, this weekend has registered a new simultaneous player milestone, which position it as one of the most successful games on Steam.

According to PC Gamer shares, and we have subsequently verified on SteamDB, last Sunday Valheim reached a peak of 502,000 simultaneous players. More than half a million people connected at the same time to an indie game developed by 5 people, and that hasn’t even been around for a month. What’s more, some of you will remember that Valheim managed to beat games like Rust and Apex Legends last week. But now, he has managed to break into that Steam Top 3 that always seems untouchable. 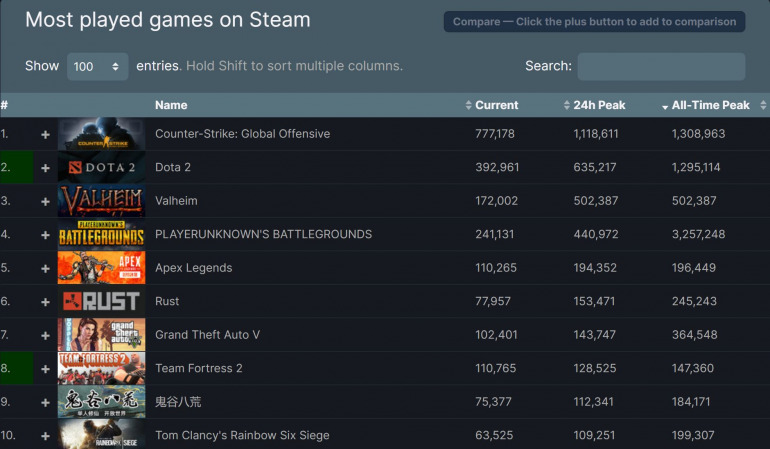 With its 502,000 concurrent players, Valheim is placed in third position of the most played titles on Steam last Sunday, as shown by the SteamDB lists. The only games with more simultaneous users were DOTA 2 and CS: GO, although the first of the two is “only” 130,000 players away. Of course, this new milestone implies that Valheim has surpassed PUBG in terms of players, at least at the moment, because we remember that the battle royale has held the historical record of the platform for years.

Valheim, the best-selling game of the week on Steam

Valheim’s success is not limited to its user numbers. It also covers sales. As we mentioned at the beginning, the Iron Gate survival game has sold over 3 million copies in three weeks, and its demand has been growing as the days go by, instead of remitting. According to analyst Daniel Ahmad on Twitter, Valheim has been the best selling game of the week on Steam, followed closely by another unexpected success: Tale of Immortal, a Chinese RPG that is sweeping in popularity within the eastern country.

Looking ahead, and with the benefits that such success brings to their studio, Iron Gate says they will expand the workforce to work harder and better at Valheim. To finish polishing the adventure, complete its development, and to offer all that content that they promise in the game’s roadmap for 2021. If you have not yet tried the latest great success of Steam, do not hesitate, and take a look at our impressions of Valheim.