The story of Italo Ferreira, first Olympic surfing champion in history, would give for a movie script. The Brazilian, from a very humble family, was discovered by a Brazilian surfing talent scout in Natal when he was going to see another promising youngster and Ferreira was training at sea. “I saw a boy doing a 360 in the air. And then another. The competition started two days later and I asked people who that boy was. ‘It’s called talo’ “, explained Luiz ‘Pinga’ Campos in an interview with the World Surf League.

That boy, who was 12 years old then and today is 27 years old, is today the Olympic champion. But his road to the Tokyo Games has been quite an odyssey. Qualification at the 2019 World Cup in Japan was played after his passport was stolen, he experienced a typhoon and ended up competing in jeans and a borrowed board.

In September 2019, Italo Ferreira was training in the United States and Shortly before traveling to Japan to play the World Cup, his car window was broken and among the stolen objects was his passport and visa to enter Japan. Luckily, he got all the documentation he needed to fly, but he couldn’t even imagine that the odyssey had only just begun.

Italo Ferreira, at the Olympic Games in Tokyo..

A typhoon delayed its flight to Japan for 18 hours and that delay caused that when he reached his destination, his World Cup qualifying round had already started. There was no time to go to the hotel and change, so from the airport he went directly to the beach where he had to compete and arrived nine minutes before his heat was contested.

He had neither his boards nor the wetsuit because he left them at the airport, so he got into the water in short jeans and his friend Filipe Toledo lent him one of his boards. He won the race, passed the round and with his belongings at hand, he competed in the second round and ended up proclaiming himself champion of the tournament and thus obtaining the ticket to the Games in which his sport was going to debut.

I learned to surf with borrowed boards

Ferreira was born in 1994 in Baa Formosa, a small coastal town located in the Rio Grande do Norte region, the easternmost part of Brazil. His family was very humble. His father was a fisherman and his mother worked at the inn where the family lives. Lacking money to buy a board, he learned to surf with the ones his cousins ​​lent him.

thallus won two rounds of the Pro Junior World Championship in 2011, was the champion of Brazil and, in 2014, he qualified for the Championship Tour of the World Surf League, the elite of world surfing. With a very aggressive style on top of the board, she arrived like a steamroller and, in her debut year on the tour (2015), was voted ‘rookie of the year’. I finished in seventh position. 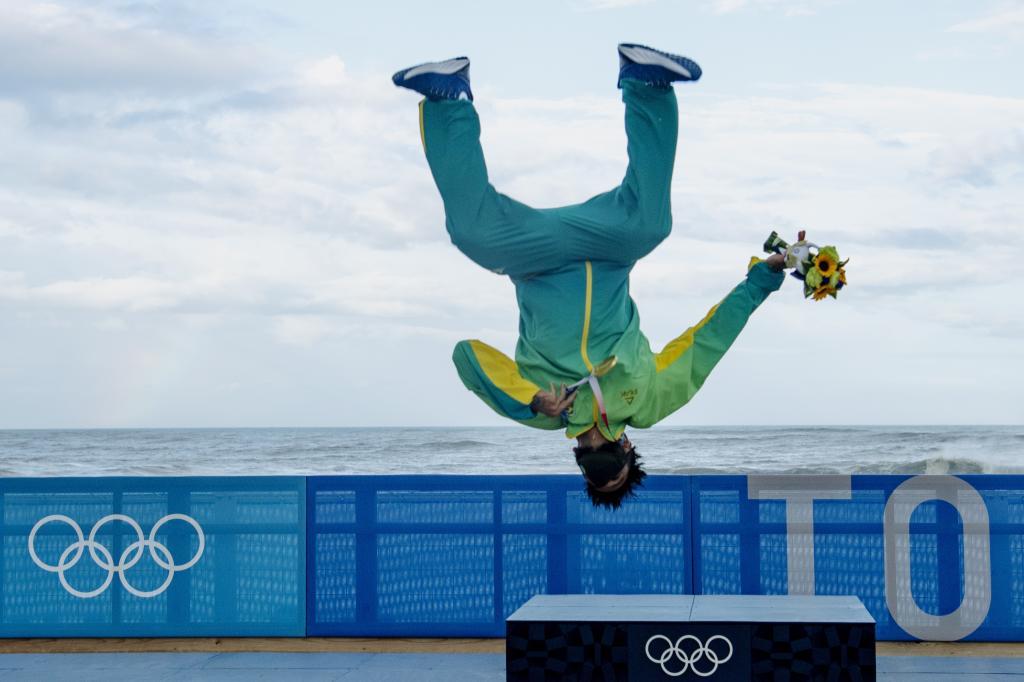 In 2018 he achieved his first victories on the World Championship Tour and in 2019 he climbed to the top of surfing: he was proclaimed world champion at the ISA World Surfing Games and later world champion of the World Surf League thanks to a victory in the last test over his compatriot Gabriel Medina.

Ferreira has become the first Olympic champion in surfing, at Tsurigasaki Surf Beach, at the Tokyo 2020 Olympic Games.