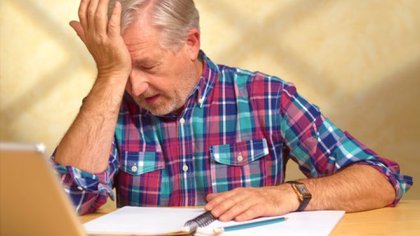 By law the pension It cannot be seized, but as every rule has its exception, and this rule has two. The pension can only be seized if it is owed in food or credit to cooperatives. Now, this can only be done if you have that discounts on the net value of the monthly pension can be made as long as the pensioner receives no less than 50% of the total income earned. In accordance with Decree 994 of 2003, it is noted that embargoes for alimony or credits in favor of cooperatives or employee funds, cannot exceed 50% of said benefit.

The Constitutional court It is the entity in charge of guaranteeing those whose pension can be seized for the reasons already mentioned. According to the Court, a person cannot be deducted from the pension if the pension quota is equal to or less than minimum wage ($ 908,256 for this year), since this amount must guarantee the right of the living minimum of the pensioners and, therefore, of their families, salary that allows them to receive the basic resources to subsist according to the socioeconomic and personal conditions.

In accordance with the minimum wage stipulated in judgment SU-995 of 1999, the Constitutional court He explained that: “The assessment of the pensioner’s vital minimum is not an objective qualification, but depends on the specific situations of the plaintiff. Therefore, the concept of vital minimum is not identified with the amount of the sums owed or a numerical assessment of the minimum biological needs to be satisfied to survive, but with the material appreciation of the value of their work. Hence, jurisprudence has considered that the age of the pensioner and the economic dependence of the pension allowance are important, but not exclusive, factors for its analysis ”.

The newspaper El Espectador proposed two cases of embargo on the pension in which it explains how the Court can interfere with the monthly pension of a person.

If you are interested, we suggest you read: Duque extends selective isolation in Colombia until February 28

First case according to El Espectador:

In ruling T-1015 of 2006, the Constitutional Court analyzed the case of a worker who “received discounts on his salary of more than 50% of total income; On the actor’s salary fell a court order of embargo for food of 50%, and an additional 38% was deducted to pay obligations acquired with different credit institutions. On that occasion, the Eighth Review Chamber pointed out that the discounts made from a worker’s salary, even when authorized, must respect the legal limits established by the legislator, especially the one that indicates the prohibition of making discounts that affect ( i) the current monthly legal minimum and (ii) the amount that in accordance with labor regulations is unattachable ”.

After the analysis, the entity asked the company that was generating said discount, it was shown that the pensioner received an amount lower than the minimum wage, and therefore, the employer was ordered to balance the discounts that were made to the worker in such a way as to respect their right to a minimum.

The Review Chamber considered that, “if the established legal limit prevents the deductions authorized by the worker from being made, creditors have the possibility of going to the competent judicial authorities and asserting their rights for the obligations with them acquired by the worker ”.

According to the newspaper, it should be taken into account that the labor regulations apply to the amount of discounts that can be made from pension allowances, the substantive considerations set forth in the cited judgment were taken up in judgment T-581A of 2011, according to a review of the Constitutional Court.

Second case according to El Espectador:

In this case, the situation of a pensioner from the Retirement Fund of the Military Forces who “earned a pension worth $ 1,975,208 pesos was studied; However, once discounts were made for an alimony payment in favor of his ex-wife and children, and for obligations acquired with financial entities, he received $ 659,793 pesos. The defendant argued that the accrued value was not sufficient to (i) defray the cost of the medical services required to treat the chronic renal failure he suffered, and (ii) to meet the basic needs of his 8-year-old daughter. In the Court’s opinion, the Retirement Fund was making discounts from the actor’s forced retirement allowance that exceeded 50% of the value of the total income, even to the point of affecting the minimum amount that the actor and his family required to survive ” .

In this case, the Constitutional Court ordered the acted entity to stipulate the discounts that were made from the actor’s retirement allowance, in such a way as to guarantee his monthly income in proportion to his expenses.