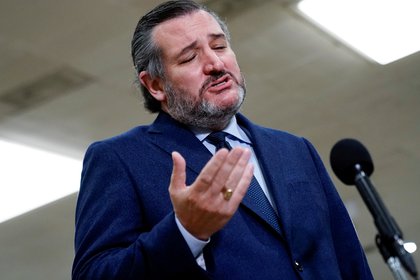 Their pages on social media and official websites did not mention the photos. (Photo: .)

The us senator Ted Cruz faced widespread criticism on social media on Thursday after some images went viral that, according to a journalist, showed him flying to a resort in Cancun while his home state of Texas battled a deadly frost.

Photos circulating on social media appear to show the Republican in line at the airport, in a passenger lounge and aboard a plane. But It was unclear when the photos were taken and confirmation requests did not provide responses.

Cruz’s Senate office did not respond to multiple inquiries seeking comment. Their pages on social media and official websites did not mention the photos. The 50-year-old Republican unsuccessfully ran for president in 2016.

“It was just confirmed that @SenTedCruz and his family flew to Cancun tonight to spend a few days at a resort they have visited before. Cruz seems to believe he doesn’t have much to do in Texas for the millions of fellow countrymen still without power / water and they’re literally frozen, ”tweeted shortly after midnight former MSNBC host David Shuster. 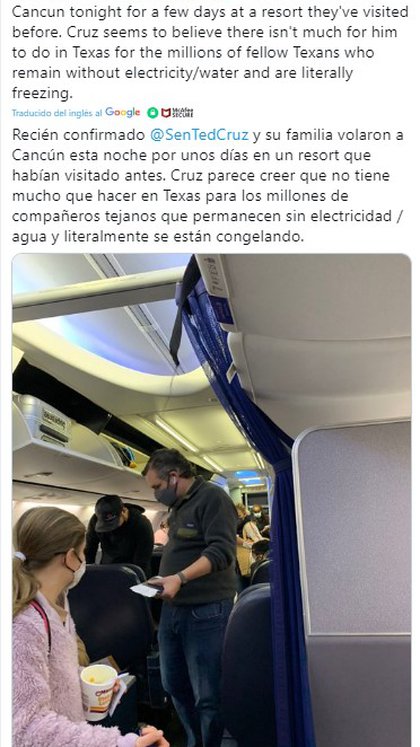 It was unclear when the photos were taken and confirmation requests did not provide responses (Photo: David Shuster / Twitter)

Millions of Texans were still paralyzed by power and water outages following the winter storm and freezing temperatures that hampered efforts to restore full power.

With 2.7 million Texas homes still without heat, leaders warned of a domino effect on infrastructureas the lack of power cut off water supplies, tested the ability of hospitals to treat COVID-19 patients, and isolated vulnerable communities with frozen roads still impassable.

The controversy over the storm quickly became the terrain of the fledgling 2022 election battle for congressional seats in Texas, although Cruz will not run for reelection until 2024.

“Texas, you deserve much better! Improve your representation from the 22nd! ”, Tweeted the president of the Democratic National Committee, Jaime Harrison.

“They take advantage to attack”: AMLO reproached the CFE being blamed when the energy crisis was generated in the US

Energy crisis: they warned of another 48 complex hours and asked the population to save electricity