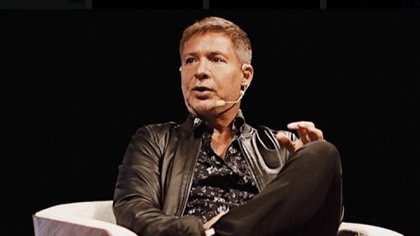 The investigating judge Alberto Banos On November 6, Adrián Suar was dismissed in a cause initiated by the journalist and writer for plagiarism Daniel Frescó. Frescó sued Suar because he accuses him of having used his novel Sick of football without authorization as the basis for the script of the film El fútbol o yo in which the businessman starred.

Suar was also a co-author of the script with Marcos Carnevale and co-producer with Jose Levy. Suar, Carnevale and Levy were sued by Frescó and dismissed by Judge Baños.

Baños subrogates the Court of Instruction 3 where the complaint was filed in 2017 when Frescó saw the trailer for Suar’s film and noticed that the ideas of his book had been reflected there. In the complaint, Frescó provided emails that he had exchanged with Levy, who had asked him for a copy of his book before its publication -produced in 2015- by Emecé, an Editorial Planeta label.

Frescó’s novel stars Jesus Jose Miranda. The Caballito from Buenos Aires loses his job, stops seeing part of his family, buys an armchair and a huge television and spends all the time of his days watching football matches. No category is alien to it. He is interested in the matches of any league in the world.

The “soccer patient” created by Frescó becomes a celebrity as he wins the affection of thousands of people who feel that they “suffer” from the same “condition”. Emilse, Miranda’s wife, fed up with the situation forces him to decide: “I chose José. You have to choose. It’s soccer or me ”. Miranda decides for soccer.

Emilse’s phrase printed on page 94 of the book that Frescó published was coincidentally the title chosen by Suar for his film. And one of the several reasons for the complaint.

Baños recently came to court as a surrogate and found the advanced case. There was a first expert report in which experts from the University of Buenos Aires (UBA) and the Argentine Society of Writers (UBA) argued that there was plagiarism of Frescó’s novel in Suar’s film.

Despite this, the prosecutor Martin Mainardi he had requested the dismissal of the defendants because they had argued that they had the rights to a Franco-Belgian film “Je suis supporter du Standard” that had been transformed into Football or I. At that request from the prosecutor, the judge Mariano Iturralde -which the court subrogated before the arrival of Baños- ordered that the official experts and those of each party also compare the European film, something that had not been done in the first expert opinion. The official experts -who indicated that there was plagiarism- were Roman Setton of the Faculty of Philosophy and Letters of the UBA and Alejandro Vaccaro Y Norberto Reguiera, president and secretary general of SADE.

In the conclusions of the second analysis, the official experts had said: “For these reasons, we maintain that the movie El fútbol o yo presents clear thematic and formal coincidences with the novel Enfermo de fútbol by Daniel Frescó (as we have marked them in detail). These coincidences, likewise, are presented as novel innovations, as they are not found in the preceding narrative tradition, as we have analyzed in the preceding report. Of the coincidences indicated between the book and the novel in the first report of the expertise, a precedent is only found in the Belgian film Je Suis Supporter du Standard the subplot referring to the protagonist’s disease / addiction and its link with the treatment of the groups help in the manner of Alcoholics Anonymous ”.

With that result in the file, Baños called Suar, Carnevale and Levy to investigate. All testified remotely last October and denied plagiarism in different ways and arguments. On November 6, Baños issued the dismissal of the three defendants.

As expected, Frescó appealed Baños’ decision. But the appeal, written by the lawyer Paul Slonimsqui, a well-known criminal lawyer with a history in Comodoro Py, overcame the usual technicalities of judicial writings. The title of the writing was: “He lodges an appeal. Soup again ”.

Frescó’s attorney got straight to the point. He told the judge that he had “rendered a simply incredible decision.” And he basically focused on the fact that the judge did not take into account what was determined by the official experts: “Your honor has taken special care to underline that the opinion of the experts who, at the request of the Court, studied the subject in depth and accompanied their conclusions to the file, it is not binding for the judge, which is true and about which no one doubts, but heor that VS has not done is to provide the slightest explanation of why it decided to depart from the particularly solid and well-founded conclusions reached by three independent experts, chosen without the intervention of the parties, in such a way that their impartiality is guaranteed ”.

Then he added: “In this way, the file highlights a question that escapes all astonishment. Your Lordship has settled the case as you see fit. Just like that, without turning, and of course, without any foundation. This is so since, there is an expert report signed by authorities in the matter offered to the justice by the University of Buenos Aires-Faculty of Philosophy and Letters and by the Argentine Society of Writers, at some point in the process of this and due to some confusion whose motives are not understood, VS felt free to comment on a matter that it obviously did not know about and to resolve the lawsuit according to its convictions ”.

Slonimsqui closed his argument when he said that: “In no way is it intended here to maintain that VS could not deviate from what was ruled by the official experts. But what is out of any discussion is that to do so he had to analyze his proposals, and where appropriate, refute them in a well-founded manner, making known to the defendants the reasons for their dissent, something that resembles some acceptable foundation in the scope of civilized conflict resolution that our National Constitution seeks from the courts of justice ”.

And he concluded with a very harsh criticism towards the judge: “In matters of argument, VS has replaced the defense lawyers, effectively developing that role, which it has naturally allowed him to conceive as more credible the explanation provided by the accused than by the official experts “. 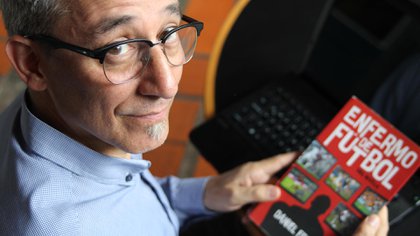 Baños, who has a reputation as a “tough judge” picked up the glove and answered Frescó’s defender’s question also in an unusual way. First, he said that an appeal “makes the procedural game of requirements, decisions, challenges” and then raises the level of his response and criticizes the way in which the lawyer structured his appeal.

The judge said: “What does not do to this game is the tone used, nor the silently maintained. The litigant should be reminded that the Judge’s activity is not aimed at being funny for all parties nor does it have temporal limitations, beyond the fact that his decisions may be challenged or not shared, the Judge seeks to unravel the truth of the event under investigation, and in the case of the Investigating Judge, the Criminal and Correctional Judge in the current denomination, his mission is clearly established in the code of rite when it establishes that the Instruction will have the purpose of verifying if there is a criminal act through procedures leading to the discovery of the truth; establish the circumstances that qualify the fact, aggravate it, mitigate or justify it, or influence the punishment; individualize the participants, etc., devoid of any interest or passion other than the vocation for the feeling of justice, the administration of justice, which guides and illuminates all our actions in the fulfillment of the august task with which we have been honored. “

The judge added that “the processing of the case goes through the analysis of the collected evidence and the assessment of the criminal responsibility that may eventually have been placed on the accused or the accused in order to said allegedly criminal events. This guide allows disregarding the unfortunate assessments made both in terms of the purpose allegedly pursued by this Instructor, as well as to sustain an accusation of eventual arbitrariness and / or impartiality, or to be more substantial than the defense lawyers themselves in the defense of the accused, etc. . “

To complete the response to the appeal, Baños cited a book: “Beyond all these disquisitions and knowing perfectly well in my private heart that there is no reason or cause in the present investigation that breaks my spirit of justice, I must let the complaining that I fully commune with what he says Santiago Feel Melendo in his Prologue to the seventh Argentine edition of “El alma de la toga” by Manuel Ossorio: ‘The toga has its soul, its spirit, which is the spirit of Justice; for this reason, that soul also exists where the toga is not used as judicial garb. … That soul, that spirit, forces, determines a behavior, an action. The toga, physical or spiritual, attire or fantasy, forces a behavior, because it gives character. ‘

Baños closed his answer to Slonimsqui’s appeal: “Let him know that in the Court in my charge, titular or interim, he will enjoy, like any other interested party in the multiple causes that they process, the guarantee that I exercise and will exercise my jurisdictional mandate guided by that judicial soul and spirit ”.

Frescó’s appeal will be analyzed by Chamber IV of the Crime Chamber, which is made up of judges Julio Lucini, Magdalena Laiño and Ricardo Matías Pinto. The parties will have to present their claims until November 30 virtually in the court case management system. And then the chambermaids will begin to study the case.

Adrián Suar and Polka’s critical situation: “We are having a huge problem with workers, it is a total uncertainty”