The Strawberry Moon is the first of summer in the Northern Hemisphere, the last supermoon of the year and will reach its maximum on June 24.

On the night of June 24, the full Moon will appear in the southeast in the constellation Sagittarius once night falls and it will be the last time in the year that it looks so big and bright in the night sky. And even though it is known as strawberry supermoon, the natural satellite of the Earth will not appear with a different coloration.

What is a supermoon?

It is popularly known as Super moon coincidence between two phenomena: the full moon phase and the perigee (the point in the lunar orbit where it is closest to Earth). When both occur at the same time, our natural satellite is not only 100% visible, it can also be seen slightly larger and brighter than the average moons.

And although March, April and May brought with them three supermoons in consecutive months, because the concept is not a scientific term, the one on June 24 is not unanimously considered a supermoon. This is because at its peak, it will be about 361,649 kilometers from Earth, a distance less than the 384,400 km that on average separate the two stars, but greater than the 357,615 km of the April supermoon, the closest of all 2021.

It may interest you: What is the distance from the Earth to the Moon?

Strawberry, rose or honey moon: where do the names of the Moon come from?

According to the Maine Farmer’s Almanac, an American publication that compiles since 1819 the name that each moon received according to the Native American peoples, the Strawberry moon It gets its name from the Algonquins, the group of the first settlers who settled north of the east coast of America in what is now New York, Quebec, Maine, and other US and Canadian territories. 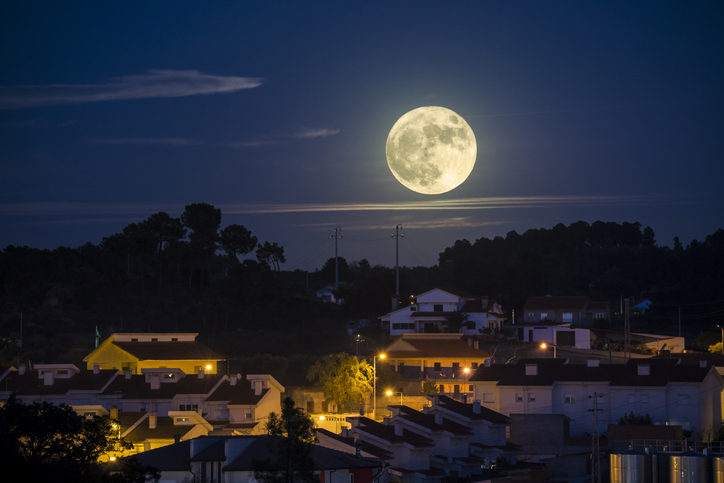 The Algonquians directly associated the first moon of summer with the optimal time to harvest strawberries for a short season in the region.

However, the June Moon was also known in Europe as the Moon of Roses, due to the blooming of the buttons o Honeymoon, a concept rooted by different cultures that considered this moment as the best to extract the sweetest honey and therefore, they assured that the union of a couple under this full Moon meant success in their relationship.

The next Supermoon will not arrive until next year, when the night of June 14, 2022 our natural satellite is again closer to the Earth and coincides with the full Moon phase. However, other astronomical phenomena such as meteor showers and conjunctions will continue to force us to look at the celestial vault for the remainder of the year.

Mystery solved: did the tardigrades on the Israeli ship that crashed on the Moon survive?

How many colors can you see the Moon? Find out with this NASA image