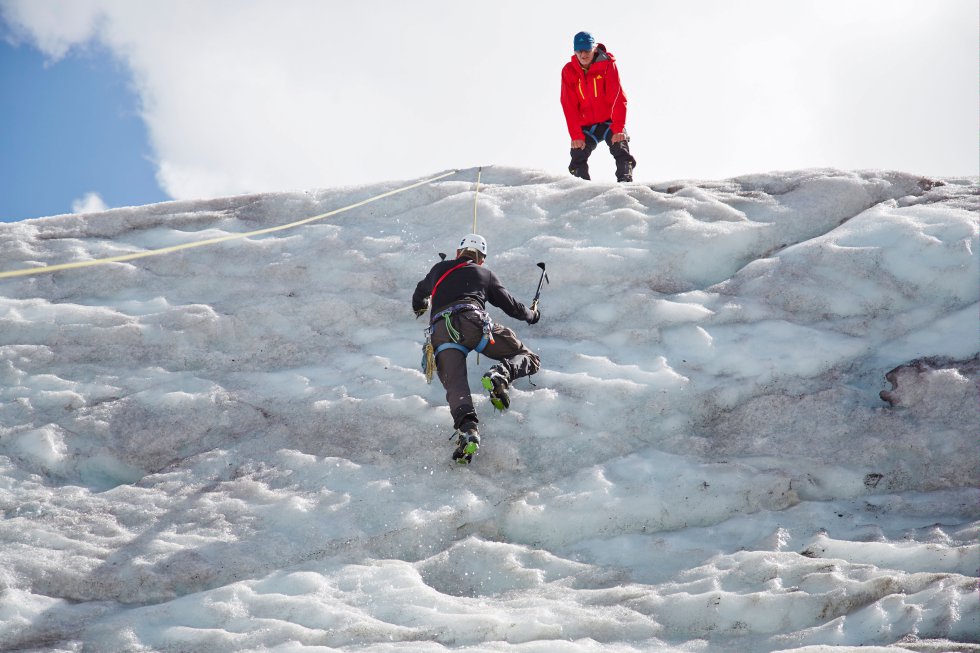 Two very great rock climbers, a woman and a man installed in the world elite, decided to broaden their horizon and try mountaineering. Until that moment, their universe was the climbing wall, where they trained several hours a day, and the sports climbing schools they visited to complete ascents of unimaginable difficulty. Both stood out for their extreme thinness. In their new skin as mountaineers, they traveled to the Alps with another couple of friends and the four of them climbed a winter route and what this entails: a long approach through snow and glaciers, ice climbing and, above all, a very long descent. His friends reached the valley that afternoon, but they, too tired, had to improvise a descent bivouac.

When they returned to civilization, the former gorged on pizza and beers. A day later, the very strong couple of rock climbers shared a sad French omelette and tea despite having had virtually nothing in the last 24 hours. I remembered this anecdote after seeing the honest documentary entitled Light (written, directed and produced by Caroline Treadway, 2021), which denounces eating disorders among climbers, a work that has traveled the United States and Europe awakening a wave of sympathy and relief : It was about time that, for example, anorexia in climbing ceased to be a taboo subject, as denounced by the Spanish climbing coach, David Macià. Light means light in English, but also light, which the author of the documentary intends to shed regarding the behavior of herds, which do not always follow the smartest sheep. Treadway wanted to be an elite climber and started by taking a shortcut: stop eating. After visiting hospitals and psychiatric centers, he managed to escape his nightmare to verify that the microclimate of climbing protects the perverse game with food for the sake of sporting excellence that is nothing more than an aberration.

One of the most powerful phrases that helps to graphically understand the seriousness of this type of mental illness comes from a doctor: “Eating disorders are potentially more powerful than love for family or God.” Sport climbing is a very young discipline that will be Olympic for the first time in Tokyo 2021 (if the Games are finally held) and although there are more and more qualified coaches, the path towards the search for maximum performance is usually plagued by false truths, beliefs unfounded, however, backed by a community that discriminates against those who are not obsessed with counting the grams they eat. The most widespread, as the documentary reveals, is to ensure that food is the greatest enemy of success. Climbing has undergone a profound transformation, and has gone from occupying “a handful of dirtbags (thrown) making visionary mountain ascents, to a collective culture of weight loss, a culture of diet as a way of life,” explains Treadway. .

The stress of self-control, the feeling of guilt or the anxiety of the search for results generates great unhappiness, if not the forced abandonment of the escalation even when obtaining great results.