The hydrogen it will be part of the future of the automobile, there is no doubt that this fuel could bring very important advantages if it is applied in some fields of the sector. We were convinced of this when we tested the Toyota Mirai, although it is still a long way for it to become a reality. One of the most meaningful applications would be in commercial vehicles, and one of the largest manufacturers in the world must have thought the same. Stellantis announces fuel cell vans for this same year.

The group that currently encompasses the brands of the former PSA and FCA confirms that it will use this technology to make zero emission light commercials. They will do so with the premise of achieving carbon neutrality in the future and with the advantages that these vehicles will offer. autonomies above 400 kilometers, which will be refueled in just three minutes and will have the same load capacity. Those chosen to receive hydrogen are the models that currently also have an electric version. 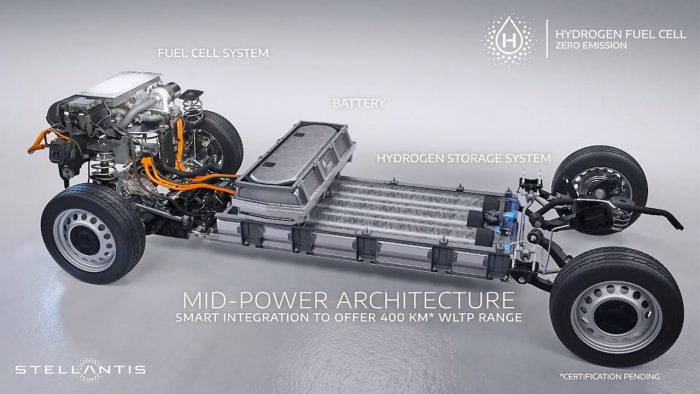 In recent times we have been able to see that the average PSA vans were electrified. The Citroën Jumpy, Peugeot Expert and Opel Vivaro (including their passenger versions) already they have 100% electric versions thanks to the versatility of the EMP2 platform and in the future they will also move with hydrogen. These models will have the same measurements and capacities, with two body lengths (4.96 and 5.31 meters), up to 6.1 cubic meters of space and the possibility of carrying up to 1,100 kg of cargo; very competitive data.

But the real novelty will be the propulsion system that adds a 45 kW fuel cell to the 136 hp electric motor that we already knew, both being on the front axle. You also have to add a lithium ion battery 90 kWh, which is more than the current 50 or 75 kWh. Finally, there are three tanks with a total capacity of 4.4 kg to store hydrogen at a pressure of 700 bars that are placed under the floor of the vehicle.

In this way, fuel cell vans can be recharged refueling hydrogen in just three minutes or plugging into the electrical network and filling its battery in an hour to 11 kW. Although it is true that only with the battery (without the contribution of the fuel cell) it would achieve about 50 kilometers of autonomy. It must be completed by saying that these hydrogen models will accelerate from 0 to 100 km / h in about 15 seconds and their maximum speed will be limited to 130 km / h.

Future Stellantis hydrogen vans will be produced in the same factories as the current ones and will arrive at the end of this year 2021. The next thing will be the production of green hydrogen on a large scale to minimize its environmental impact. 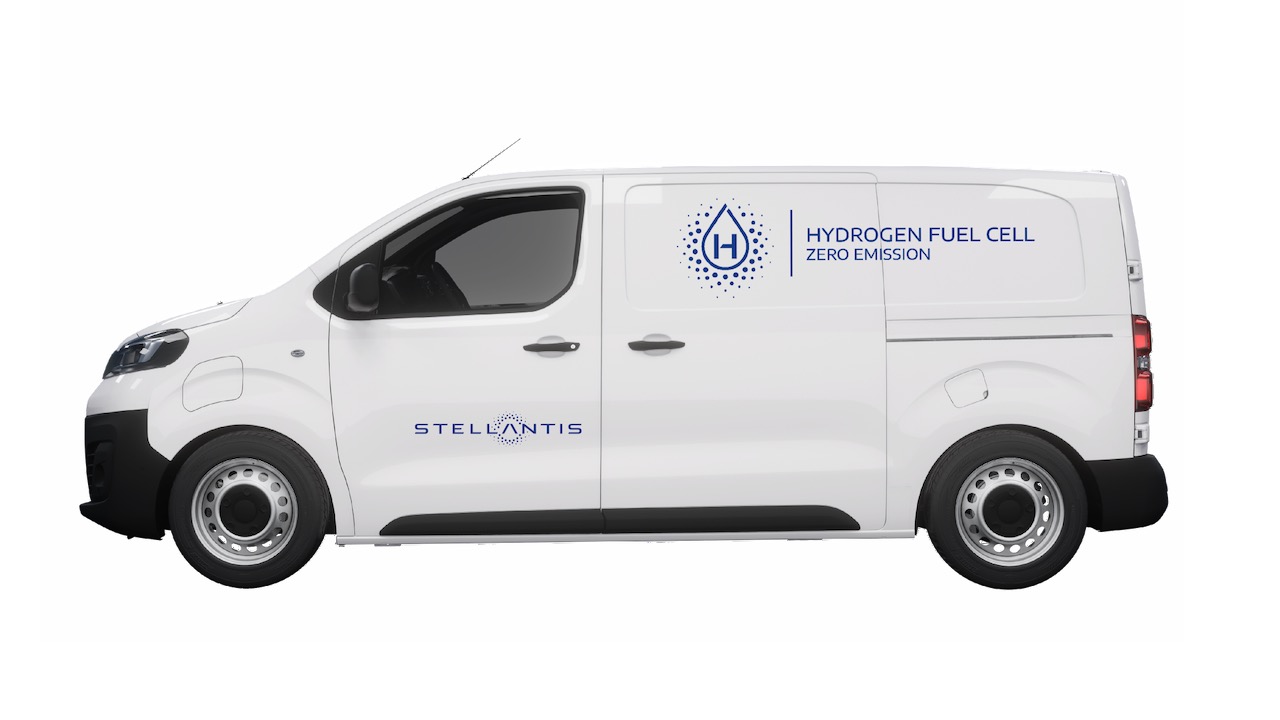