In the middle of a week that promises to bring exciting things to Pokémon fans, Nintendo Japan announces that The next title available in the Nintendo Switch Online trial program is going to be SteamWorld Dig 2. The only but is that at the moment it has only been confirmed in Japan.

SteamWorld Dig 2 available to test a week in Japan

So we can read it on the official website of the Big N in that country, where they confirm not only that the game will arrive completely during the week of March 1-7, but also all the games in the SteamWorld saga will be discounted by 30% in the eShop from March 1 to March 14 in case someone gets the bug after trying this one.

You already know how it works, even if you have a Japanese account you can play the title as it is available for all regions and languages. Of course, as long as you are members of Nintendo Switch Online. And in the same way as the other games that have been parading (with a dropper, yes) as free trials, It can be played in its entirety without any type of restriction during those days.

It is true that Nintendo is still far from such attractive proposals as the MicroSoft Game Pass for Xbox and the free games that the Japanese company offers arrive very occasionally and in small quantities. There is still a long way to go in that sense and seeing the unstoppable sales of Nintendo Switch, it is likely that they still do not consider it. Maybe later.

For now, we will be watching if something similar is confirmed with this or another game in America and / or Europe, that although it is not a written rule, there are often more or less parallel announcements. If so, would you like this to be this SteamWorld Dig 2 to be able to enjoy it without resorting to region changes? Or would you prefer another title? 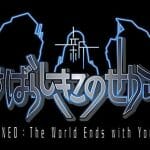 If you do not know SteamWorld Dig, we remind you that we have its analysis on the web.