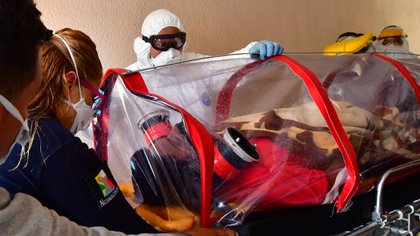 The State of Mexico, an entity governed by Alfredo del Mazo, became the second entity, after the Mexican capital, to reach the figure of 100,000 cumulative confirmed cases of COVID-19.

In its last informative cut, the State Health Secretariat registered a total of 100,040 positive cases detected by laboratory, distributed in each of the 15 municipalities of the entity.

Furthermore, they confirmed that 62,661 Mexican patients diagnosed with the disease have already been discharged. On the other hand, they revealed 133,014 negative diagnoses, 25,878 suspects and 13,922 deaths.

Of the cases that so far remain under surveillance or active, the health agency reported that 19,608 people are kept in isolation as a measure to eliminate chains of contagion.

They also recorded 1,943 people with severe symptoms who are cared for in state hospitals and 1,906 other Mexicans who are “in different areas of the country.”

For his part, Governor Alfredo del Mazo asked the population to “Don’t let your guard down”, while the Secretary of Health, Gabriel O´Shea Cuevas, reiterated the importance of respecting all health protocols in open and closed public or private spaces. 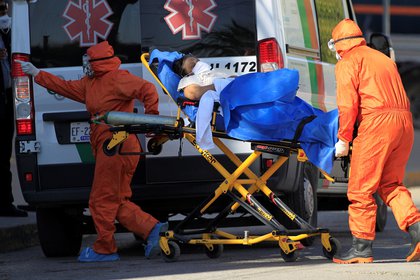 The most relevant measure, he explained in an official statement, is healthy distance. Previously, he warned that “when going to public places, a space of two to three arms equivalent to 1.5 meters should be adopted, as in restaurants, workplace, rows, elevators, cinemas, auditoriums or theaters.”

In addition to this measure, the epidemiological authorities recommended to the population the use of face masks when leaving home; inside their homes, properly clean and disinfect common areas Y Workplace in case of home office.

Last but not least, they noted constant hand washing. Each of the above, they assured, are fundamental habits to reduce the risks of acquiring this disease.

In addition, they reminded people that in the event of possible symptoms of respiratory infection, it can be marked at the emergency line 800 900 32 00 for immediate medical advice or care.

Also, from the previous numbers, the State of Mexico will remain orange or high risk of the national epidemiological traffic light during the following week. 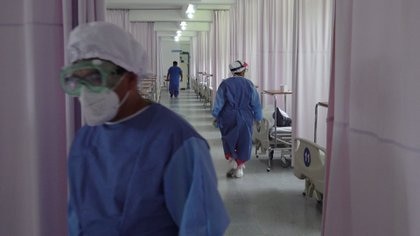 Alfredo del Mazo, governor of the state of Mexico, reported through social networks that due to the orange phase and the increase in infections or hospitalizations in the entity, new measures can be implemented in economic activities.

“We see with concern that in most of the world there is an upward trend in the number of infections and hospitalizations,” he said in a video posted on his official Twitter.

Starting Monday, November 23, the restaurants in the Mexico state shall provide service only until 10:00 at night, at least until reducing the risk of contagion.

On the other hand, to avoid crowds, the spaces that must close their doors at 7:00 PM are thes department stores, shopping malls and plazas, cinemas, theaters and auditoriums, gyms, sports and swimming pools, zoos, parks and spaces for physical activities.

Finally, the governor of the entity reported that All bars, casinos, nightclubs or places for social events will continue to be closed.

The red traffic light also stalks Edomex: “We are getting closer,” admitted the Secretary of Health

Macabre discovery in the State of Mexico: they found four bodies in a truck