Users will meet the most iconic characters of the franchise

The Epic Games store ended 2020 with a great rhythm thanks to what was its event that gave away one game per day for two weeks. This tonic of gifts by the store seeks to give users more possibilities to spend time in their launcher, something feasible by having a bulky library full of options. This is further accentuated now with the ability to download for free Star Wars Battlefront II, the famous shooter by DICE and EA, which will be available until January 21.

Without a doubt, Epic Games is looking to start the year kicking the board. The philosophy of gifting games, on which he has emphasized so much in recent times, will have as its high point Star Wars Battlefront II, a title that cannot go unnoticed in a free download.

This sequel, which debuted on the market in 2017, is a more than interesting experience for fans of the franchise, who will be able to enjoy both the most famous characters, such as Boba Fett, Han Solo, Leia, Luke, Chewbacca, Darth Vader and Yoda, and also of the most remarkable scenes. In turn, one of the most outstanding proposals of this video game goes through its Story mode, which goes out of the line and invites you to get into the helmet of a Stormtrooper that after seeing the Death Star explode, seeks revenge against the rebels. 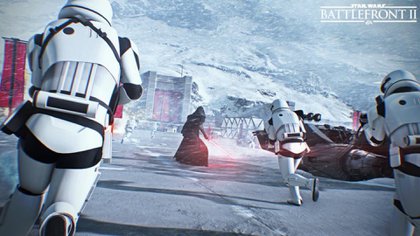 On the other hand, the title has a multiplayer mode that proposes to enjoy all the news that the game incorporated with respect to its first installment. Among these are new maps, vehicles, weapons and its graphic section, which allows you to enjoy a high-flying experience.

It should be noted that the version that Epic Games will give away is not the standard one, but the Celebration. This has as its axis customization content, which appears on a large scale, since it provides 150 costumes and six legendary character appearances, which are different customization skins based on the movies. Plus, add more than 100 emotes and voice lines, and more than 70 victory poses for heroes and troopers from the start of the game.

Beyond this, this special edition also includes content based on the latest film in the franchise: The Rise of Skywalker. In this way, the user will find maps, characters and game modes based on the 2019 film directed by JJ Abrams that ended the most recent trilogy. 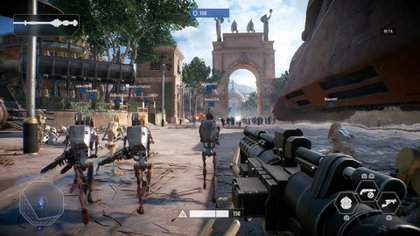 The arrival of Star Wars Battlefront II in free format to the Epic Games Store represents a great opportunity for players, since they will be able to enjoy a title that, since its launch in 2017, has evolved a lot. In the beginning, the title entered the market with the left foot, since its inclination to pay to win made it not have good acceptance by users. However, the content that came later allowed it to vindicate itself and transform it into a very drinkable game for those who want to get even more into the universe created by George Lucas.

It should be remembered that, like the other games that Epic Games gives away, the title will be available for just one week. To download it, it will only be necessary to create an account in the launcher and add it to the library, an action that does not take more than a few minutes. Once this is done, the video game will remain in the library forever, the user being able to access it when required.

Cyberpunk 2077: CD Projekt RED again apologized and advanced their plans with the title for 2021

Kun Agüero on the first three months of his esports team: “We are going to bet on our own gaming house”