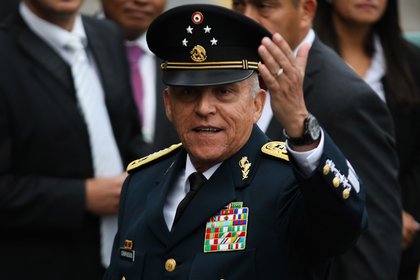 Retired General Salvador Cienfuegos has already been exonerated by the Attorney General’s Office .

The Ministry of Foreign Relations (SRE) made public the information related to the case of General Salvador Cienfuegos Zepeda.

A message related to the retired general was published on the agency’s Twitter account this Friday afternoon, who was exonerated on Thursday, January 14, from any investigation by the General Prosecutor of the Republic (FGR).

General Cienfuegos was arrested in the United States on October 15, 2020 and days later four charges were brought to him for money laundering and drug trafficking.

However, in November the charges were dismissed and the general returned to Mexico, where the FGR opened an investigation; However, this Thursday, January 14, the Prosecutor’s Office reported in a statement that “after analyzing the evidence sent by the US authorities and those provided by General Salvador Cienfuegos; The #FGR concluded that he did not have an encounter or communication with any criminal group. For which it was determined not to exercise criminal action (sic) ”. 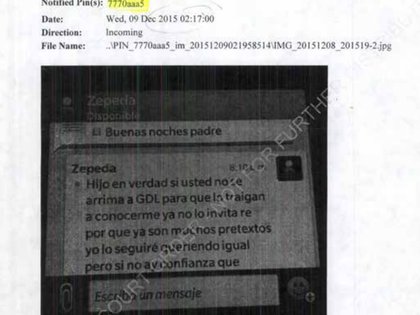 One of the messages in the Cienfuegos file

So this afternoon “In compliance with the presidential instruction,” the SRE released the information on the case.

In the 751 pages you can see a letter sent to Marcelo Ebrard, the Mexican foreign minister, by the United States Department of Justice. Blackberry conversations also appear in which a person is identified as “Zepeda”, who reports the shipment of trucks.

Dozens of pages of the file also present conversations via Blacberry between users identified as “Spartacus” and “Samanta”, which took place in December 2015.

“Once the one from Guasave told me that Mencho I was at a party planning to ching * rme with the sailors ”, reads one of the messages that seems to refer to Nemesio Oseguera Cervantes, leader of the Jalisco Nueva Generación Cartel (CJNG). 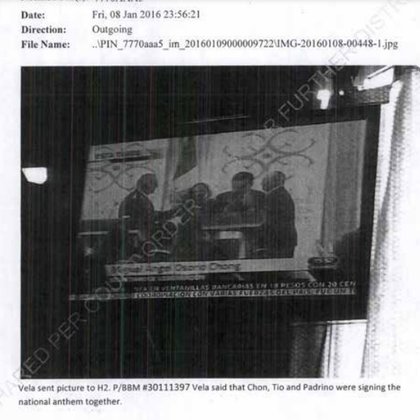 Another image from the Cienfuegos file, where “H2” is mentioned

The file also mentions “H2”, who has been identified as the drug trafficker Juan Francisco Patron, and who was killed in 2017 in a Navy operation.

A person identified as Vela, according to the file, sent a photograph to H2 on January 8, 2016 and said that “Chong, Uncle and Padrino were singing the hymn together.”

In the image, Salvador Cienfuegos was seen with Miguel Ángel Osorio Chong, then secretaries of Defense and Government of the country, respectively.

Messages about transactions and operations also appear in the talks attributed to “Zepeda.”

“Well, look, I take a favor from me, well in what place are those hitmen who tell me, because the operation will not loosen the government of Sinaloa, says that it is not fair that the operations are without hitmen from there while in Tepic the cause of all the deaths that are occurring in Sinaloa hahaha, don’t let it go, I answer for you and the operatives (sic) “, reads one of the messages whose photograph, according to the file, was sent from” H9 “to” H2 ”. 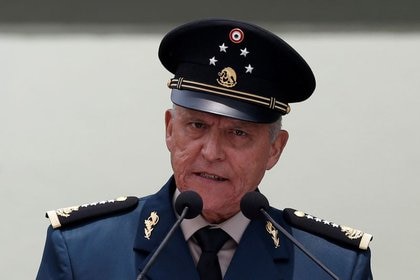 There are other messages between “Iroman”, “Thor” and “Superman”, the latter spoke on October 19, 2016 between four in the afternoon, where they refer that they speak to ministerial police at their base, with which they suspect that something is going. At another point, “Thor” indicates that they have passed a report on the next dispatch of 300 Federal Police agents to Mazatlán to “hunt down” a priority target.

On page 470 of the PDF, Superman and Thor discuss the signs that that person has within the Army. Thor claims to Superman that his man is retired, is güero (white) and that he is a friend of the Secretary of Defense. Superman doubts and asks if when Thor has traveled to Mexico he has met “The Godfather” that appears on television, because he is told that he is another.

So Thor insists that he can’t be retired because Hundred fires he is Secretary of Defense and he is the one with whom they have contact. But Superman insists that who he saw is a man who turns red when he is furious. In fact, Superman promises that he will murder people, because apparently they confuse someone they know as “El Tío” and that causes him a headache and even swears by his children, who are what he loves the most, that he was not found with The Godfather, that is, Cienfuegos.

To this, Thor replies that Superman could have met another person, but he is sure that his man is Cienfuegos. 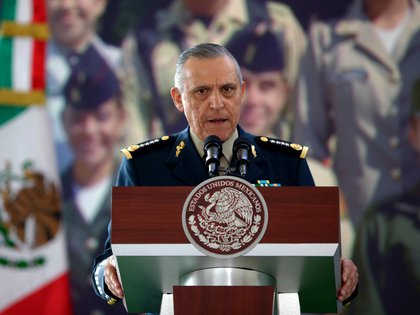 Cienfuegos is free of any charge in Mexico .

Photographs of weapons, vehicles, communication equipment, and drug packages They are also included in the file and in the conversations to which the investigation team that handled the case in the United States had access.

Given the controversy generated by the general’s exoneration, this morning President Andrés Manuel López Obrador supported the FGR’s decision.

“It is a matter that basically corresponded to the prosecution to resolve, but in one way or another it has to do with the government that I represent, it is a decision that the prosecution makes but that the government that I represent second, that is, endorses, supports, because we argue that impunity must end, of course corruption, but also that there can be no reprisals, revenge, and that crimes cannot be invented … that no one should act in that way, whoever it is. The most important thing is truth and justice, ”said the president at the morning conference.

Cienfuegos was exonerated: the FGR assured that the general never had encounters with drug traffickers

AMLO supported the exoneration of Cienfuegos and criticized the DEA: “You cannot invent crimes”

Chronology of the Cienfuegos case: from the capture in the US to the exoneration in Mexico