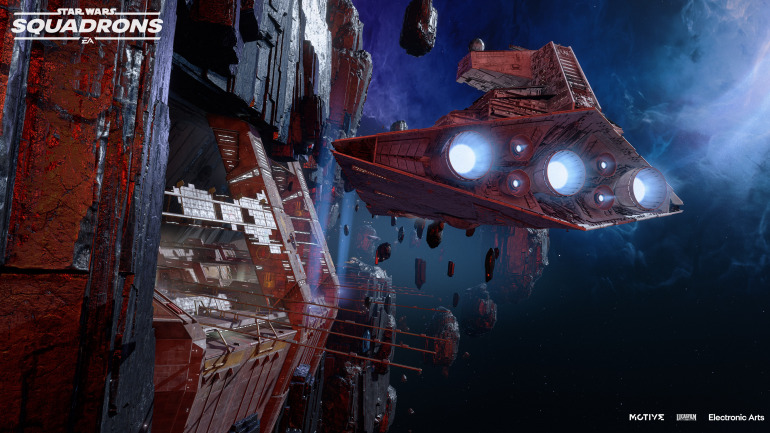 There are no new Star Wars movies, but fans of the intergalactic saga will be satisfied with series like The Mandalorian or with Star Wars Squadrons, the latest video game based on the license that has just been confirmed two free post-launch content that will arrive during the holiday season.

The first of these free content will arrive on November 25Although we will not have to wait that long. On November 25, the first content will arrive that will include a new map based on Port Forstar, an iconic location. It will be available in Fleet Battles mode as well as Starfighters mode. The update will also include new components for the ship, including a thruster upgrade kit, torpedoes, and an antimatter rocket turret.

In December, two new iconic starfighters will arrive at a date yet to be determined: The A / SF-01 B-wing starfighter lands for New Republic pilots and the TIE / d Defender starfighter will join the fleet of the Imperial Navy. Also included in this patch will be custom matches on all seven Melee and Fleet Battle mode maps.

Star Wars Squadrons spaceship battles have caught on with audiences and critics, as you can see in our review of the game. In addition, if you want to continue playing it in the new generation, you should know that it includes improvements for PS5 and Xbox Series X, as detailed from EA it’s a statement.