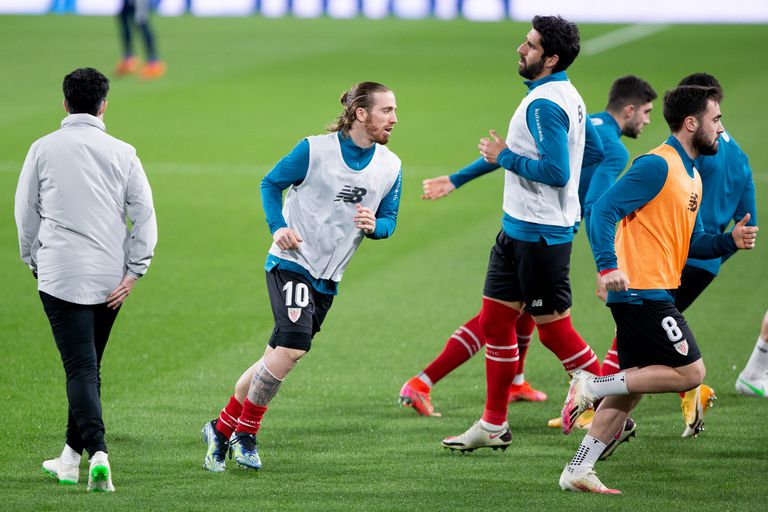 Athletic players will have their salary reduced for the second time. This was announced by the Bilbao club in a statement thanking the squad. “The step forward taken by the players, the second in less than ten months, is an exercise of responsibility and commitment to the institution,” they say from Ibaigane, where they point out that the decision of the footballers was taken unanimously and nobody picked up the agreement. Weeks after winning the Super Cup, the players accepted a reduction of 8.43% to their chip, which could reach 10.26% depending on various circumstances. Nine months ago, the staff already agreed to lower their salaries by 6%, and the agreement contemplated that the salary decrease could have reached 17% in the event that LaLiga had not been resumed.

In the club’s conversations with the players, they were informed that Athletic had lost 42 million euros of its anticipated income before the pandemic. Three months ago they began to speak for the reduction of the wage bill. Both parties agree that there was always a willingness to reach a compromise. A few days ago, at the press conference in which Mikel Balenziaga’s one-year renewal was reported, the rojiblanco defender assured that, “the players, as has been well seen in other moments, we will always be there to help the club. When there is news, it will be communicated ”. Less than a week has passed and there is already an agreement that reduces the wage bill by around seven and a half million euros. The previous reduction was four million.

The commitment comes two days before the extraordinary Assembly of delegated members in which the accounts of the past year, the budget for the current season and the management of the board of directors have to be approved, which the votes fell two months ago in a directive’s first attempt. The board chaired by Aitor Elizegi will try, on the second, to approve their numbers. For this, it counts on the significant improvement of the team in sports, with the title of the Super Cup, the illusion generated by the upcoming Cup final against Real Sociedad and the possibility of achieving a historic milestone, playing another final more soon more than a month. Among the arguments that were used in the first assembly, sports instability was one of the most recurrent among Elizegi detractors. In this sense, the arrival of Marcelino García to the bench of San Mamés has calmed the spirits.

But the president and his managers do not have all the cards in their favor. Despite the fact that in the new budget proposal, the club proposes not to charge any fees to the members for this season, as a most significant change over the numbers presented two months ago, several opposition groups have already advanced their negative vote to all points. In reality, despite the proliferation of platforms, there are just over fifty delegates, but in a tight vote they can turn the situation around. From the club they try to soften the position of the delegates, which could place the board in an unprecedented situation, with the possibility of having to convene a third assembly and reformulate the accounts almost halfway through the year. In any case, Elizegi has already announced that he has no intention of resigning if that happens.

The trick that would remain would be to convince those who believe in its postulates, to stand for the next election of delegate partners, which will take place in March, and thus have a greater presence in the Assembly.