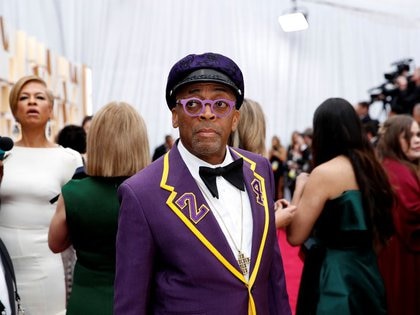 LOS ANGELES, Nov 18 (.) – Director Spike Lee, best known for his films about the experience of being black in America, is changing course with a musical on the subject of Viagra.

Lee will direct the as-yet-untitled film from a script he co-wrote about the discovery and launch of the erectile dysfunction drug. It’s based on a 2018 Esquire magazine article called “All Rise,” the producers said.

The original songs and music will be written by the duo behind the 2008 Tony Award-winning rock musical “Passing Strange,” about a black artist’s journey of self-discovery.

The 63-year-old Brooklyn native said in a statement that he had grown up hating musicals, despite his mother’s best efforts. “Finally, entering my fourth decade as a filmmaker, I will be directing a singing and dancing musical,” he added.

Viagra, from the Pfizer Inc laboratory, first marketed in 1998, was originally developed as a potential treatment for heart-related chest pain.

Lee won his first Oscar in 2019 for the screenplay for the Ku Klux Klan satire “BlacKkKlansman.” His more than 50 films and documentaries include such classics as “Do the Right Thing,” “Malcolm X” and the Vietnam War survivor drama “Da 5 Bloods.”

(Reporting by Jill Serjeant. Edited in Spanish by Lucila Sigal)