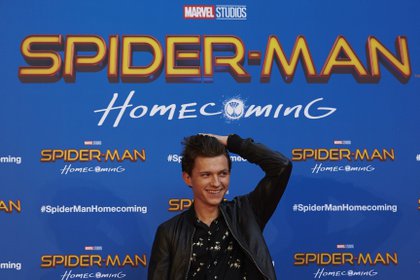 Los Angeles (USA), 23 Feb. . .- The three protagonists of the “Spider-Man” saga, Tom Holland, Jacob Batalon and Zendaya, announced this Tuesday the title of the expected new installment with a peculiarity: They are three different names, “Home-Wrecker”, “Phone Home” and “Home Slice”.
Each actor published on his Instagram profile an image of the filming, each accompanied by a different title that caused confusion among the followers of the Marvel franchise, who ventured to theorize if it really will have three titles, if they are competing to choose one or if it is all a promotional joke.
“Very excited to announce the new Spider-Man title. I cannot wait for everyone to see what we have been preparing,” announced Holland, current interpreter of the superhero arachnid.
In a series of parallel interviews for his next release, “Cherry”, Holland assured that the filming of the new movie “Spider-Man” was being difficult because it is the “most ambitious” film he has shot.
If Holland’s title was “Phone-Home”, Zendaya opted for “Home-Slice” while Batalon opted for “Home-Wrecker”.
Some specialized blogs consider that it could be a reference to the multiple stories that this film will tell, although Marvel has not commented on it.
HOLLAND SAVED “SPIDER-MAN” IN THE LAST MINUTE
Holland, who puts the current Spider-Man face and body in the cinema, was fundamental in the negotiations between the presidents of Disney and Sony to save the agreement on the rights of the arachnid superhero in the Marvel universe, from where he was about to disappear.
Until then, both entertainment giants agreed that the films in which Spider-Man was the protagonist would be from Sony, the company that owns the rights, in exchange for Disney being able to include the superhero as another character in the rest of the Marvel Studios films. .
But Disney wanted to reconsider the agreement and share with Sony both the financing and the benefits derived from the Spider-Man films, something that Sony initially rejected.
“Spider-Man: Far From Home” (2019) is the movie that has given the studio the most money in its 95-year history, with more than 1.1 billion dollars collected worldwide.