A lifestyle in contact with trees allows children’s brains to be healthier as they reach adolescence.

Growing up under the treetops has a cognitive benefit in the very young. A recent study carried out in the United Kingdom revealed that, as well as the foliage, the cells in children’s brains branch out if they spend more time in contact with environments where vegetation is abundant. Although the process is long, it seems that nourishes neural connections long-term.

Unlike other natural environments – such as grasslands, rivers or lakes – it seems that constant contact with trees brings direct benefits to children’s brains. If people are accustomed from childhood to spending time outside, in wooded spaces, the cognitive performance and mental health upon reaching adolescence they are much healthier than average.

For the research, a sample of more than 3,500 students in London. The age range was between 9 and 15 years. All of the people considered spent more time near the trees from their earliest years of development. The team of scientists in charge of the project subsequently wrote the following:

“These findings contribute to improving our understanding of the types of natural environments as an important protective factor for the cognitive development and mental health of adolescents.”

However, they make a note: although the proximity to the trees is beneficial, not a general rule for other ecosystems. On the contrary, other types of natural environments contribute in different ways to human health, both physical and mental. According to experts, this contact must go beyond hugging trees. It is, rather, a lifestyle of closeness with these living beings.

We suggest you: The test to know how creative you are with just 10 words 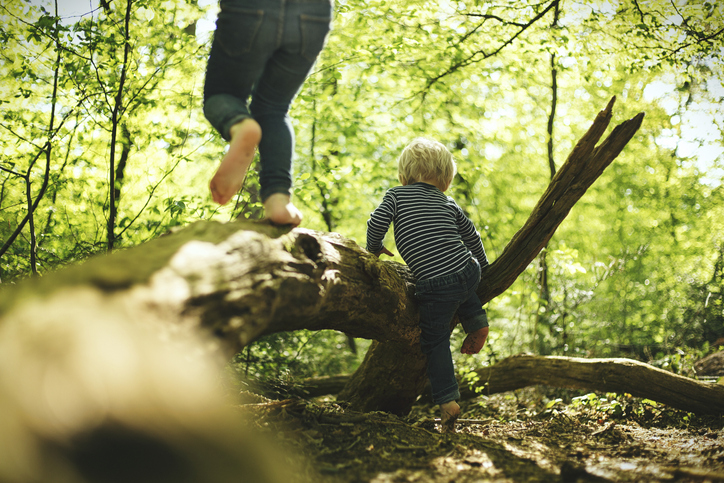 Of all the animals that exist, the human being is the only one that has consciously decided to alienate himself from nature. The climatic emergency and our growing estrangement from the natural environment are immediate consequences of this distance. The British study further shows that we choose to leave out direct benefits that this close contact brings to the body.

The results of the study were published in Nature Sustainability, and it shows that the population that lives closer to green areas seems more resistant to mental illness than those who live in fully urbanized environments. Similar research carried out in both the United States and Denmark suggests similar results.

Although the same phenomenon has been observed in different countries, cultures and latitudes, scientists they still don’t know why this happens. Although they are clear that vegetation-enriched environments shape children’s brains, there is still uncertainty about the specific connection to trees. The strongest hypothesis so far is that neurons are identify, as in mirror effect, with the fractal patterns of the branches.

Lightheadedness and short-term memory: these are the symptoms of the pandemic brain

An experiment succeeds in reversing memory loss in elderly mice