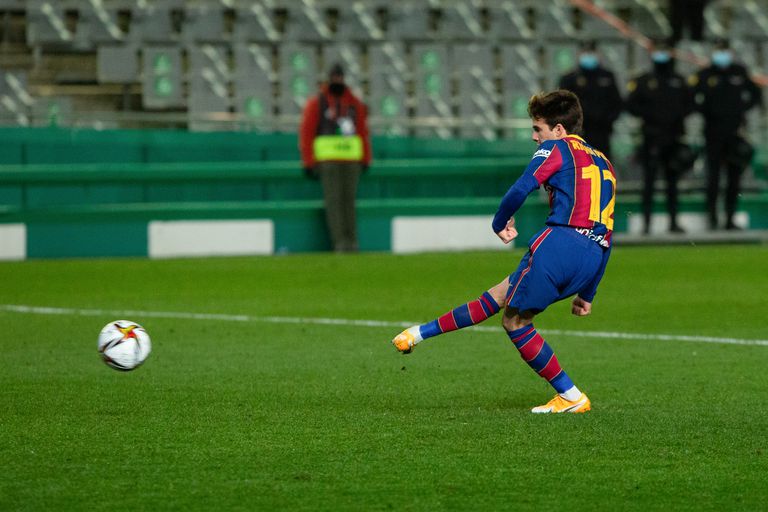 Barcelona achieved qualification for the Super Cup final thanks, among other things, to the great performance of its goalkeeper, Ter Stegen. “I hadn’t studied the opponents much on penalties. But hey, I’m super happy because we have made a great effort and we deserve the victory, “said the Barcelona goalkeeper, who had a very merit performance both throughout the regulated time and in extra time and at the end in the decisive round of penalties.

“I keep the good feelings, but we must not be proud. It’s about winning and that’s what we did, although I’m happy to be able to help the team, ”added the German goalkeeper, profusely congratulated by his teammates at the end of the penalties. “We have won, this is what counts, that we are still here and we are going to fight for a title. I don’t care who we play against, the final. It will be difficult anyway and we must recover from these 120 minutes because it has suffered significant wear and tear ”, concluded the great protagonist of the cold Cordoba night.

“Apart from the defeat, I am leaving with very good feelings about the game that we have broken. We have deserved much more, but this is football. When you forgive, the game comes back to you… But we can be proud of what we have done, ”said Mikel Merino, one of the best Real Sociedad players in the match. “Without Ter Stegen maybe the game would have been different … That’s why he is the Barça goalkeeper and they have to thank him a lot after this victory,” added the Spanish international, who played a great game under the watchful eye of coach Luis Enrique, present in this semifinal.

“Very happy to score the goal that leads us to the final. I didn’t know where I was going to throw it, but when I put it I did know where to throw it, ”said Riqui Puig. “I can not complain about anything. I have health and a good family. I’m never going to throw in the towel and I’ll play the minutes that Ronald gives me ”, added the author of the penalty shot that gave Barcelona a pass to the final. “I have asked for the fifth penalty to shoot,” clarified the footballer himself, a player whom the coach has recommended on several occasions to go on loan, in the summer and winter markets, despite the fact that he has refused in looking for opportunities at the Camp Nou. Koeman also referred to that situation in which Riqui Puig took a step forward. “Well, it had four names on the paper. Who throws the last? I asked. And Riqui has said that he throws it away, ”Koeman commented.

“It was a great game, where both teams played with great intensity. We both had our options and in some sections, even Real deserved more ”, continued the coach with his analysis. “La Real is a great opponent and penalties also depend on the goalkeepers and the mistakes of the players,” added the Barcelona coach. “It has cost us a lot because of the great pressure that Real has made, which has chased us all over the field. I think that after 25 minutes we began to control the situation ”, clarified the Dutchman.

Barcelona passed the test without Messi, out due to injury. The Argentine did not train in the morning with the rest of his teammates. Last Saturday, in the Granada field, Koeman warned about possible muscle discomfort from 10. In any case, the Dutch coach did not give too many details. In the 65th minute, the Argentine left his place to Braithwaite. Now, the question is whether the Argentine will be able to recover in time for Sunday’s final at the Cartuja in Seville, against Athletic or Real Madrid. “We have to wait. There are two or three days to Sunday. We must recover and be fresh ”, clarified the coach of the Catalan team. In his last three games with Barcelona, ​​the 10 has scored four goals and provided an assist. The Rosario is already the leader of the scorers’ table in LaLiga (11).