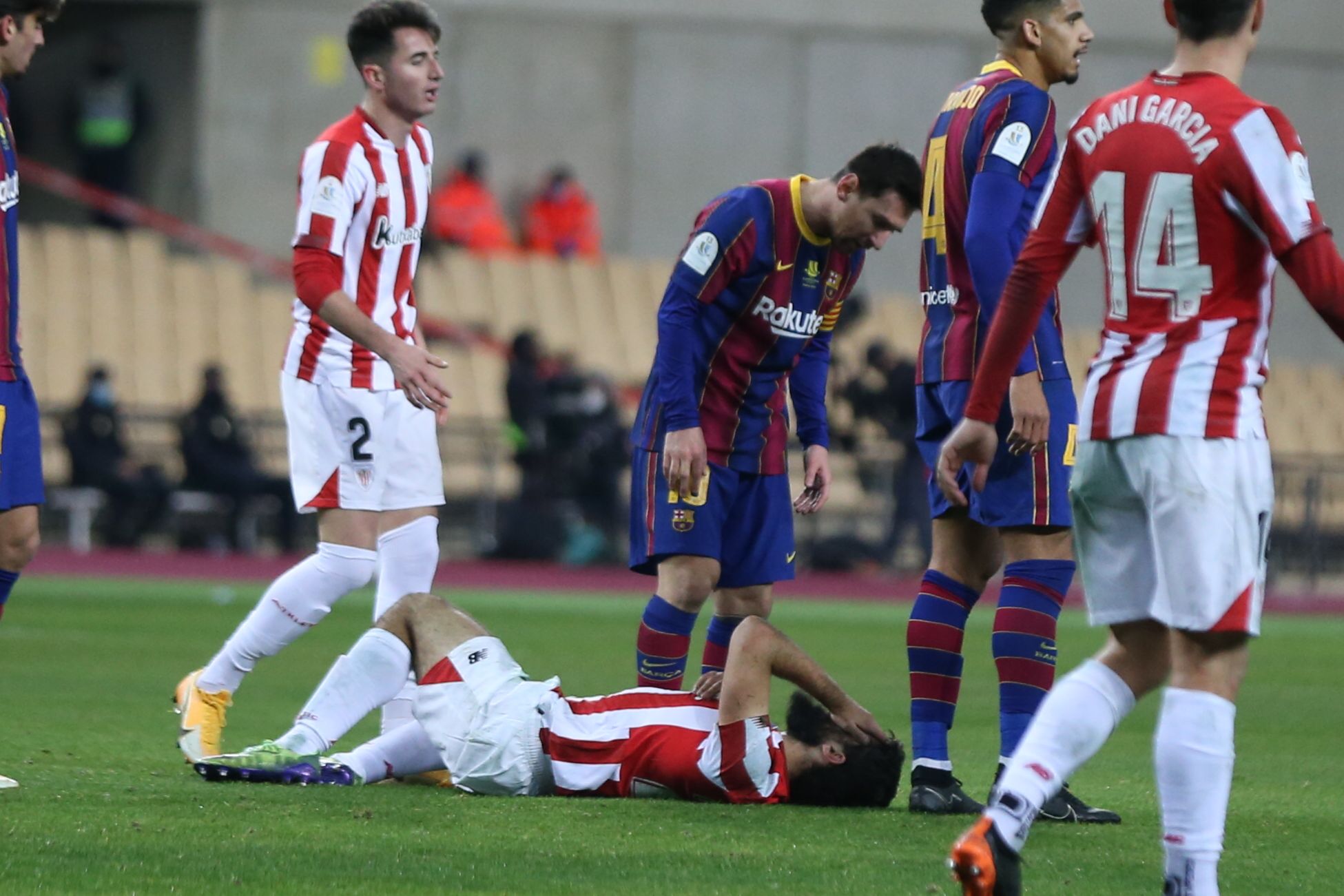 Lionel Messi was able to play his 36th final with Barcelona on the same stage where Michael Johnson broke the world record for the 400 meter dash in 1999. The Texan’s peculiar running style conquered the Sevillian public, who attended the feat in astonishment. Since that World Athletics World Cup, the Cartuja Stadium has hosted two Copa del Rey finals, one in the UEFA Cup and two Davis Cup finals, both won by Spain against the United States and Argentina. In that square of so many memories, this time empty, Messi finished the final with a historic red, the first of his career as a Barça player in an official duel (he did see the red twice with Argentina). Eclipsed by rivals like Williams, the Argentine was the image of impotence in the final stretch of extra time. His slap at Villalibre took him to the locker room in an unprecedented image after 753 games as a Barcelona player.

There were no spectators in the final of the Sevillian Super Cup to attend a new Messi final, although some privileged ones did make themselves known in some remote part of the stands. The public address system rose above the solitude of the renovated Seville coliseum, with 60,000 spectators and with the athletics tracks now covered. The times of the new football, with an Athletic in white pants contesting the final of the Super Cup with the final of the 2020 Cup pending to play against Real. And still both teams could meet in the 2021 Cup final.

The good sensations in Messi’s muscles began to be reflected in the morning at Benito Villamarín. In the same scenario where he lost his last title in dispute, the Copa del Rey against Marcelino’s Valencia, Messi said yes. Nobody dared to tell the captain that he was not fit to play anyway. The Argentine led the departure of Barcelona, ​​the first to step on the La Cartuja lawn behind the referee trio. Leo’s first appearance came after 24 minutes, when he was fouled by Muniain. Messi himself put it into play and Araújo was close to finishing.

Eight minutes later, it was Vencedor who stepped on the Barcelona star, who gave the impression of not playing loose, choosing the moments to unbalance with his quality. For example, at 37 minutes, when his left leg proved to be in optimal condition. The shot, powerful and from far from the area, went out for very little. The second moment chosen by Messi was the play of the first goal of Barcelona. A play that has been repeated ad nauseam in recent seasons so that this time Griezmann scored.

While Messi got over his annoyances, Athletic got over the blows thanks to his indomitable spirit. Also, of course, thanks to the appearance of footballers like Williams. The forward showed an unknown talent with a measured pass to Alba’s back that De Marcos took advantage of to make the tie. It was Williams’ first great contribution in a game where it was a real torture for the Barcelona centrals. Lenglet suffered a lot against the attacker, a prodigy of regularity with his Athletic, where he accumulates one line-up after another. There are 175 consecutive league appearances by a footballer who dared to eclipse Messi with a goal worthy of the Argentine. In the 94th minute of the crash, at 26 years old, Williams fired an impressive shot that slipped through Ter Stegen’s goal square. The Biscayan gave Athletic the third Super Cup in its history while Messi said goodbye to his 36th final with the first expulsion of his career as a Barcelona player.