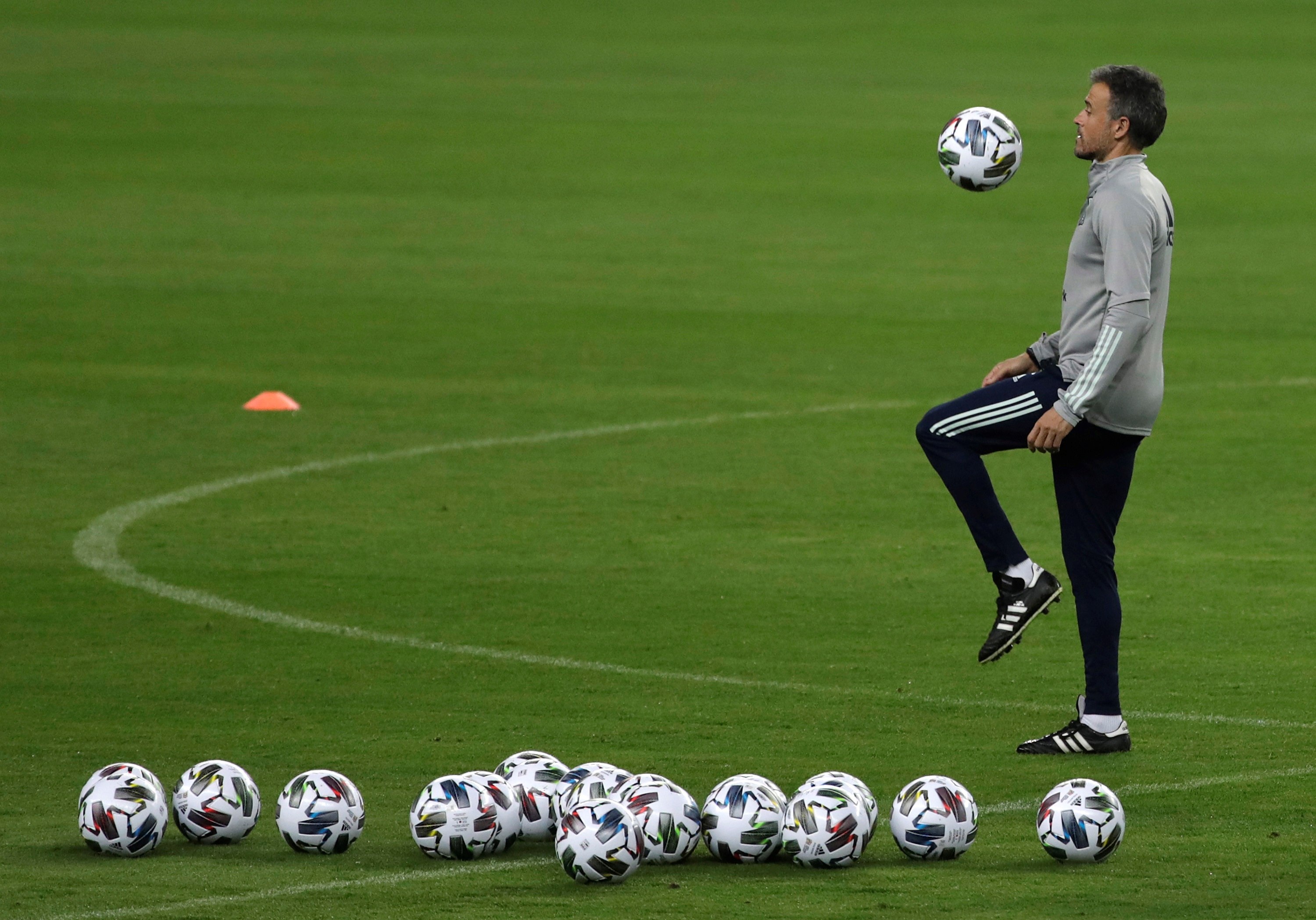 Unai Simón’s line-up was the big surprise that Luis Enrique presented against Switzerland (1-1). De Gea was expected because of the officiality of the meeting and what was at stake. The ownership of the United goalkeeper was taken for granted because since the coach’s return in September it seemed that that sentence of “David is my goalkeeper”, pronounced shortly after taking office after the 2018 World Cup, had been revived. Luis Enrique came to claim covers for De Gea after his good performance in the first match of the League of Nations against Germany, in Stuttgart (1-1). The coach’s own recognition that Kepa is going through “a delicate moment” seemed to establish De Gea as the number one in the national team’s goal. But a debate that seemed closed has been reopened in the Luis Enrique era. During his first stage, there was already a change in the goal that was confirmed with the ownership of Kepa in two qualifying matches for Euro 2020. In the Faroe Islands (0-4) and in Stockholm, against Sweden (1-1 ), Chelsea’s goal was chosen. According to Robert Moreno, who at that time was still acting as an interim, the decision was made between the two, with the weight of Kepa’s good moment and the doubts that De Gea transmitted every time he occupied the goal of Spain.

This doorman dance has several edges from which to analyze it. One of them is the search for the ideal goalkeeper to consolidate the departure of the ball from behind on which the coach insists so much. On Monday, before the meeting with the Netherlands, for which the chosen one was Unai Simón, Luis Enrique specifically worked the game from behind supported by the goalkeeper. At the end of the match at the Johan Cruyff Arena, he praised the bravery of the Athletic goalkeeper in several well-resolved risk situations. Luis Enrique even commented that Unai Simón had “exaggerated” in some. “Maybe with these alternations what Luis Enrique wants is to find the ideal goalkeeper for the style of play he wants. This is what happens at Bayern with Neuer. It is a very specific goal for that style of play, he is very good with his feet and knows how to play ahead. He is outstanding under the sticks, but in another team he might not fit in so well ”, says Miguel Ángel, Real Madrid exporter, head of La Roja in the 78th World Cup in Argentina and substitute for Arkonada in Spain 82.

Juan Carlos Ablanedo, in the shadow of Andoni Zubizarreta in the World Cups of Mexico 86 and Italy 90, is more in line with what Luis Enrique transmits publicly: “Lucho may consider that the three are at the same level, that they offer him the same guarantees and they have to be prepared. In that case, they shouldn’t pose any problem and they have to understand it. “

Luis Enrique and Unai Simon during Saturday’s game. In video, statements by the coach about the ownership of the goalkeeper PHOTO AND VIDEO: .

In Luis Enrique’s career as a coach, goalkeeper rotations have been common. It does not seem that he considers the specificity of the position as a reason to grant him less chance of change than in other positions. In Barcelona B he decided to alternate in blocks of seven games to Miño, Oier and Masip. At Celta the season began with Yoel Rodríguez and ended it with Sergio Álvarez. And in Barcelona’s first team, the year of the triplet, Claudio Bravo played the League and Ter Stegen the Champions League and the Cup. “You have to value more things in addition to the game with your feet, placement, solvency under sticks, experience … All three have good footwork and there is not much difference between them. It gives me that Luis is looking for his doorman, to whom he settles. They are games of the League of Nations and friendly. Unai played very well against the Netherlands, but Kepa also had his chance in the previous calls ”, says Andrés Palop, exporter from Villarreal, Valencia and Sevilla and member of the team that won Euro 2008.

Palop does not consider that this alternation could destabilize the trio of goalkeepers: “The selection is different from a club. You can be a substitute, but you know that you have been chosen among the top three ”. Ablanedo thinks the same: “Being in the national team is a prize, if you are the one who always plays, you mark an era, but if you are a substitute it fills you to know yourself among the best.” However, the decision to line up Unai Simón in Basel, after also granting him the title in the Netherlands, has been an unusual event due to the traditional hierarchy with which the roles of goalkeepers are ordered. The a priori third goalkeeper has skipped in two games, one friendly and one official, the second and the first. If this swap is maintained against Germany, it will be possible to talk about another changing of the guard in La Roja.