Home>Tech>Spain stops vaccinating those under 60 with AstraZeneca, but no one knows what will happen to those who have already received a dose

The European Medicines Agency (EMA) has already ruled on the administration of lAstraZeneca’s COVID-19 Vaccine.

Although it has advised to continue using it without specific age limitations, the Spanish Ministry of Health has agreed with the autonomous communities to administer it for the time being only those over 60 years old.

Other factors to take into account other than the toilets

Among the nearly 18 million doses already administered of AstraZeneca, the EMA has found a “possible link” between its application and a few dozen rare cases of thrombi. The cost-benefit calculation Thus, AstraZeneca suggests that vaccination should continue with the caveat that this “very rare side effect” will now be noted on the package insert.

Most of the reported cases have occurred in women younger than 60 years of age within two weeks of receiving the vaccine, but even in that age range, continuing vaccinations is recommended because the benefits outweigh the risks. However, in Spain it has been decided to restrict the administration of the vaccine to those under 60 years of age. What is not clear is what will happen to those who have already received a first dose.

There are now 2.1 million people who have received the first dose of AstraZeneca, and in the first weeks of use, health authorities recommended inoculating it in the population under 55 years of age. Health workers, teachers, firefighters, security forces and the military, in that sense, are particularly affected groups, since many are under 60 years of age and have already received the first dose of AZ. Will you continue with them, will you change the manufacturer, will you start a new cycle …?

At a press conference, Minister Carolina Darias has not been able to ensure that people under 60 who have received the first dose will receive the second, not even if, if they receive it, it will be from the same manufacturer or another.

Although some experts point out that a clear strategy should already be drawn up to follow, the final decision on what Spain will do seems to only depend on health recommendations, but of the availability of vaccines and the epidemiological situation, which again highlights the complexity of achieving group immunity. 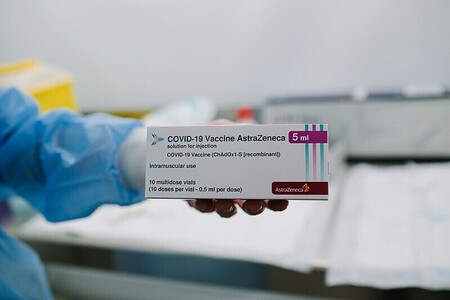 This Thursday the Public Health Commission is expected to study what pattern to follow with those who have already received the first dose.

For its part, in the United Kingdom the established guidelines are as follows: In those under 30 years of age, an alternative vaccine should be offered, but those who have received the first AstraZeneca should receive the second, as long as there have been no adverse effects in the first dose.